December 1st, 2012 is a day that I will both never forget and only half-remember.

I was driving home in the late hours of a frigid Massachusetts night, feeling a bit light-headed thanks to a few recent bouts of vertigo.

I’m told that I must’ve fallen asleep at the wheel, allowing my car to drift off the road and become impaled on the highway guardrail. When I came to, I was pinned face down in the back seat of my car, unable to move. I could feel the blood pouring down my face, and the pain I felt was indescribable. 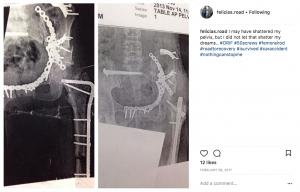 Something in the universe was watching over me, though, because a hospice nurse who happened to be traveling the same stretch of road as me noticed my overturned car and rushed to my aid. How she saw my darkly-colored car way down the embankment in the middle of the night is a question I’ll never know the answer to—but I remain forever grateful she did.

State troopers, local police and firefighters rushed to the scene thanks to her 911 call, closing off the highway in order to allow for a Medflight helicopter to fly me to Massachusetts General Hospital. I was put into a medically-induced coma so that doctors could begin to operate on the frighteningly long list of injuries I sustained.

All told, I suffered a shattered pelvis, a separated pubic bone, a broken leg, a broken nose, a broken arm, a collapsed lung, a concussion, internal bleeding and a bruised sciatic nerve. I also lost a great deal of muscle in my left leg, making me look more like the victim of a shark attack than a car wreck.

It took 50 screws and 15 blood transfusions to put me back together, but after 20 days at Mass General and two months of rehab learning to walk again at Spaulding Rehabilitation Hospital, I was beginning to see a way out from underneath this accident.

Despite the comprehensive rehab, though, my bruised sciatic nerve left me with one remaining condition: foot drop.

My doctors believed that this condition would eventually go away, too, but sciatic nerves are extremely slow-healing. Months with foot drop turned into years with foot drop, and there was no real end in sight. I was fitted with a clunky plastic boot that severely limited my ability to walk, which meant I typically went without the brace, enduring the numerous trips and falls that are so common to the condition. 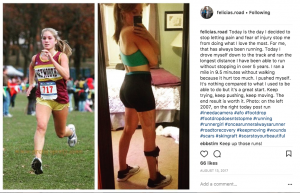 Prior to my accident, I had worked as a personal trainer, but foot drop left me unable to offer the same level of guidance as before. Exercises like lunges and burpees were next to impossible without the dorsiflexion in my foot. I was reduced to only giving out verbal queues and coaching from the sidelines, which severely limited my enjoyment of a career I truly loved. I had also been an avid runner who competed throughout high school as a Cross Country captain, but now even running seemed like a near impossible task.

As foot drop continued to provide daily nagging frustrations, it became clear that I needed to start preparing for a different career path. I decided to resume the studies I had begun before my accident to become a licensed Physical Therapist. Even if I wasn’t able to help train people in the gym, I wanted to be a part of people’s physical transformation and improvement in some way.

In just a few short years after my life-threatening accident, I graduated with a doctorate in Physical Therapy from Simmons College in May of 2017 and passed my board exams two months later, certifying me as a licensed Physical Therapist.

But that wasn’t the only exciting result of my time in that program.

During my clinical rotations at Beth Israel Deaconess Medical Center, I had a chance meeting with an orthotist who noticed me hobbling through their hallways. He recognized that I had foot drop and brought an Allard Ypsilon AFO out from his office. I was fitted with the brace and hopped on a treadmill, and, to my incredible surprise, began running with next to no difficulty whatsoever. 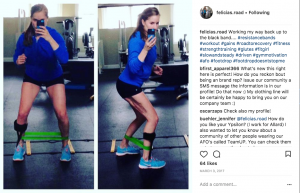 After nearly five years of going between an uncomfortable, unusable plastic boot or no support at all, the Ypsilon put a literal spring in my step that I thought would never return. It’s hard to put into words just how liberated I felt. I am missing a chunk of my leg and am pieced together with screws, but foot drop was the one thing that was hardest for me to accept. And now, I had a solution.

My life will never be the same as it was before my accident, but I’ve found my new normal. I’ve come to terms with the fact that I won’t be able to work out or run the same as I did, but I can still live the life I want to live.

So if you’re struggling with foot drop or your own unique set of challenges, don’t worry: you’ll find your new normal, too. No matter how many times you might fall down, there’s always a reason to get back up on your feet again.