LIVES IN Camas, Washington
CURRENTLY WORKING AS A District Sales Manager of the Northwest Territory
DEVELOPED FOOT DROP AS A RESULT OF an incomplete spinal cord injury during a surgical procedure
CURRENTLY WEARS the Allard ToeOFF® FLOW 2 ½ with ComfortKIT™
FAVORITE SAYING IS “Don’t tell me I can’t do something because I will try it, just to prove you wrong.”
FUN FACT: When I was in the Coast Guard, I got seasick almost every patrol 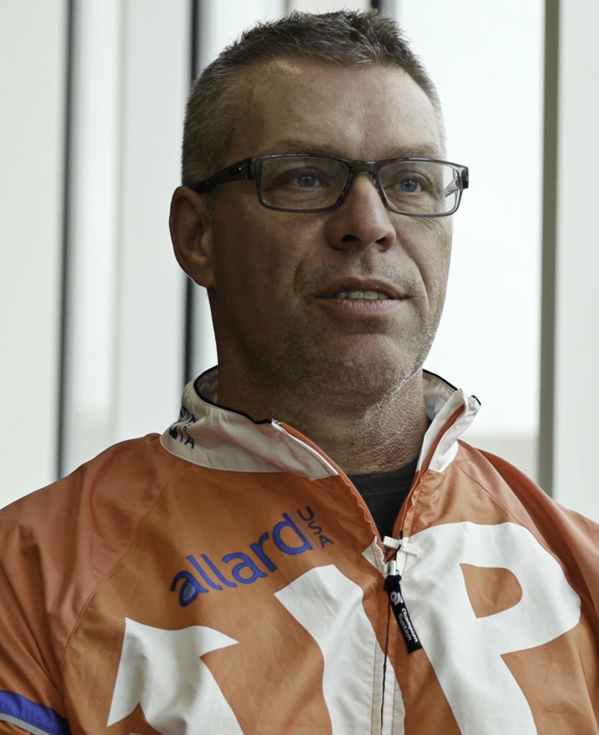 In November of 2002, I had a spinal cord injury during a surgical procedure and as a result, I have residual weakness in my left leg, including foot drop. During the summer of 2002, I took up the sport of triathlon. During that time, training for endurance racing, I had lost a lot of body fat and a soft tissue mass on my back (called a hemangioma). I went to a specialist and underwent a procedure that would essentially cause the mass to die off. That didn’t work. I woke up completely paralyzed on the left side and I lost all feeling on the right, below my waist. In the next few months, I learned to walk again and was given an Ankle Foot Orthosis (AFO) that did not fit in any shoes I had and was very clunky. I hated that brace, so I didn’t use it.

About a year later my life was almost back to normal except for the foot drop. I decided to train for the Challenged Athletes Foundation’s San Diego Triathlon Challenge (SDTC) and even though I couldn’t run I had a good coach that made my program manageable. After this, triathlon became my life. I competed in three triathlons in 2005. During all those races I used an ankle brace. It was helpful for lateral stability, which prevented my ankle from breaking, but I still tripped a lot while racing and training.

While competing in XTERRA USAI met Craig Vogtsberger who was also a disabled athlete and experiencing the same type of disabilities that I had. After the race I spoke to him about the brace that he was using. Later he let me try it—an Allard BlueROCKER—and I was completely hooked. This thing was amazing!! Not only was it helpful in preventing tripping, it also added a little spring to my running gait.

When I was selected to represent Canada at the ITU Paratriathlon World Championships I knew that I wanted an Allard BlueROCKER of my own. After receiving and competing with it, I had my best race ever and I attribute much of the credit to my new brace.

My weakness has lessened over the years and in 2014 I tried the ToeOFF 2.0 at a 5K in North Carolina and loved it. The flexibility of this brace is just what I need and I am looking forward to competing far into the future. 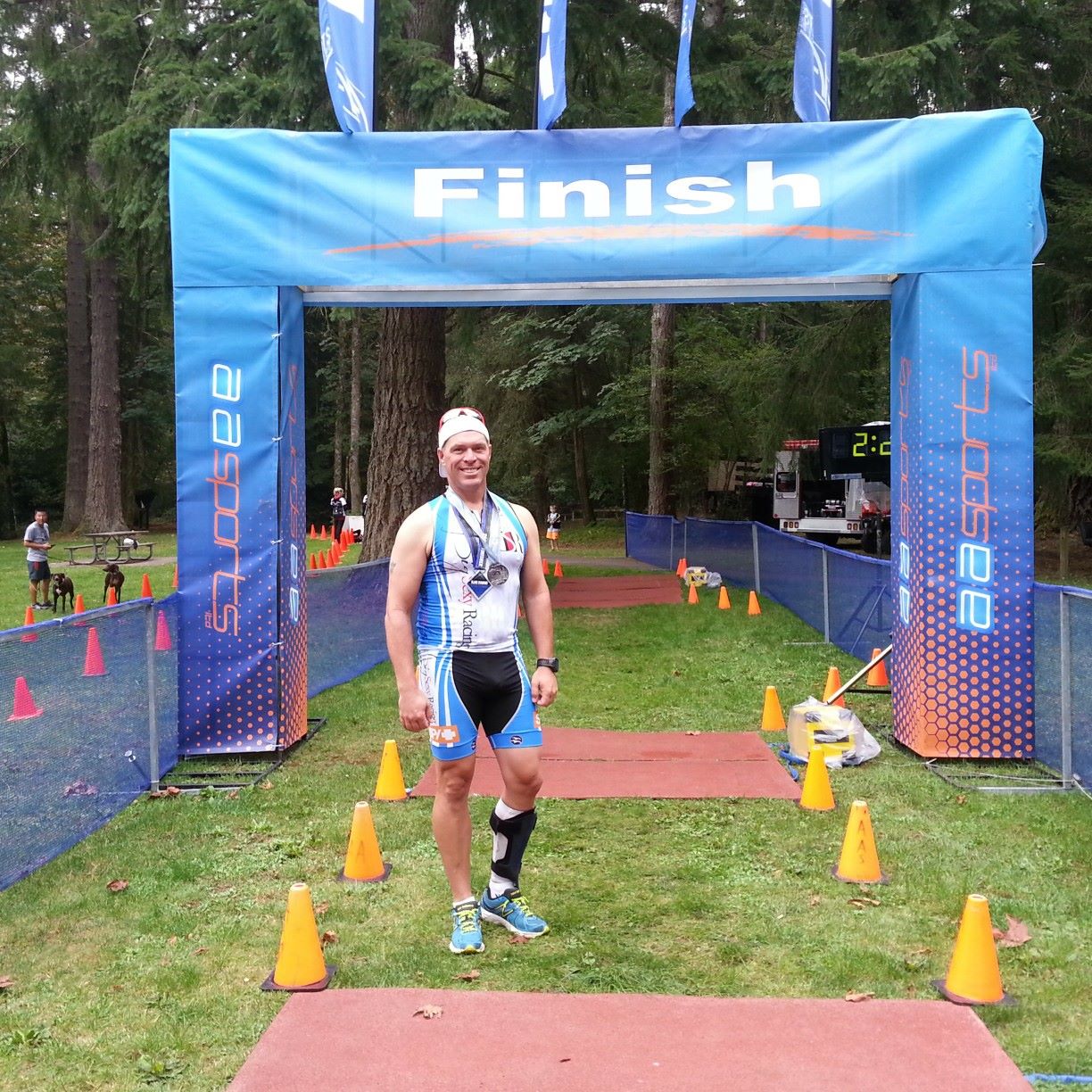 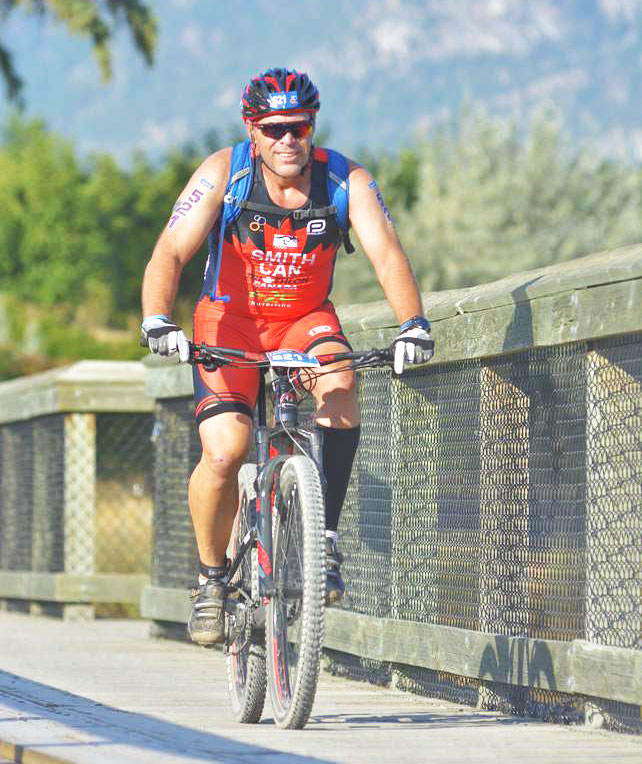 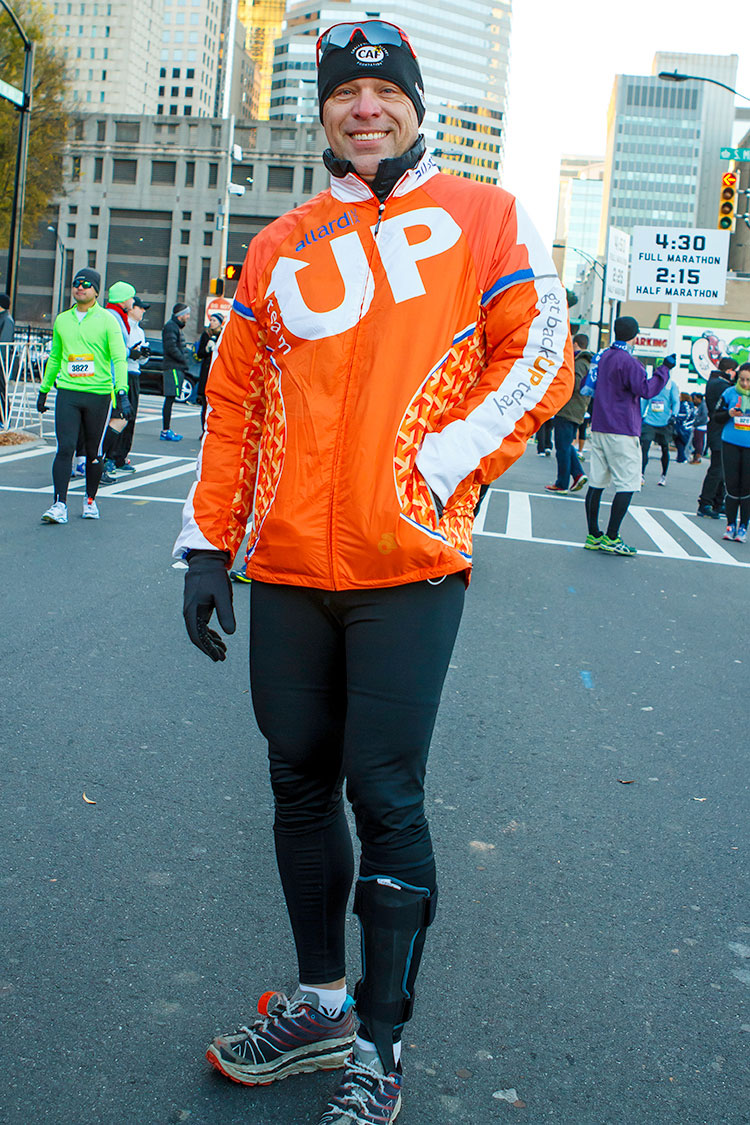