LIVES IN Jamesville, New York
CURRENTLY WORKING AS a Paracyclist and is a retired New York State Trooper
DEVELOPED FOOT DROP AS A RESULT OF Multiple Sclerosis
CURRENTLY WEARS the Allard BlueROCKER™ with SoftKIT™
PROUDEST ACCOMPLISHMENT WHILE WEARING THE ALLARD BLUEROCKER™ In fall of 2018 I climbed the stair incline in Manitou Springs Colorado. Getting to the top of 2744 steps with a 2000-foot gain in elevation helped me feel like my old self again!
FAVORITE SAYING IS “You must be the change you wish to see in this world.” Mahatma Gandhi.
FUN FACT: I love jigsaw puzzles! 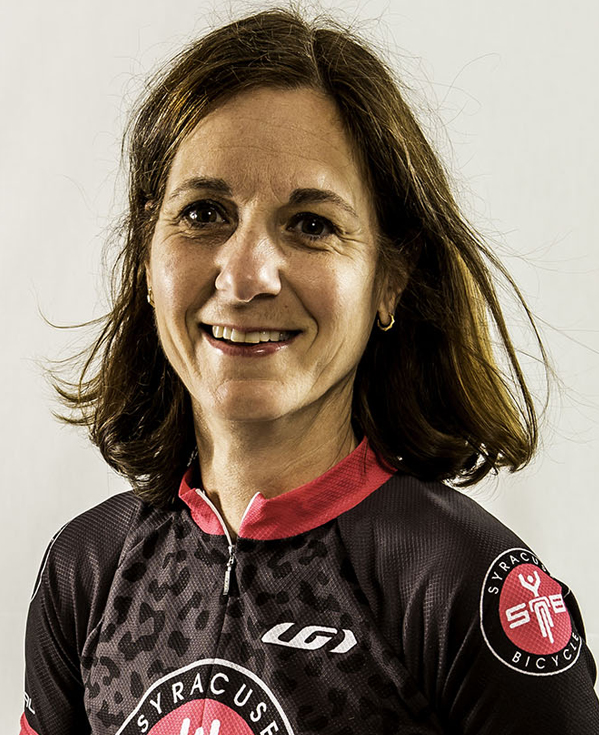 I am an athletic middle-aged woman: wife, mother, and a retired New York State Trooper. I have always been very active in running. Several years ago I got the triathlon bug, which introduced me to cycling.

With my new diagnosis and in my first leg brace, in 2012 I entered IRONMAN Lake Placid. The reasons that I shouldn’t have been able to make it to the finish far outnumbered the reasons I should have. However, on that July race day, the triathlon stars aligned and 16 hours and 16 minutes after starting I crossed the finish line to hear “Jill, you are an IRONMAN.”

In 2013 I signed up to bike the coast of California. For that event my cycling riding stars didn’t align. My disease is very unpredictable and I wasn’t at my best during that ride. Disappointment can take you two ways; at first I came home and wallowed in self-pity. Fortunately I didn’t stay there long because I realized that I can only change what I have control over.

I knew that I would need to find a more effective brace for my cycling and running. In addition to addressing my brace needs, on that California ride I had blessing of meeting an amazing young man who had suffered a stroke and now rode a trike. Not like your grandmother’s trike with a basket and bell on it; one that’s built for speed. He represented the USA in the 2012 Paralympics and turned out to be a wonderful mentor. He sent me one of his conversion axles (converts a 2-wheeled racing bike to 3-wheeled) to sample while I waited for a trike of my own. That trike addressed my balance issues and gave me a renewed desire for cycling.

I now walk and bike with two Allard BlueROCKERs and run with two Allard ToeOFF AFO’s. It took a long time to get there and I once lost confidence during the journey because I doubted whether I had what it took to ride like I used too. After a long winter in training I went to Lake Placid, rode the IRONMAN course and totally rocked it on that three-wheeled bike. I found myself again! With my Allard brace and my trike, I was back! I can’t wait for the future because as I always say, “whether you believe you can or you can’t, you’re probably right.” 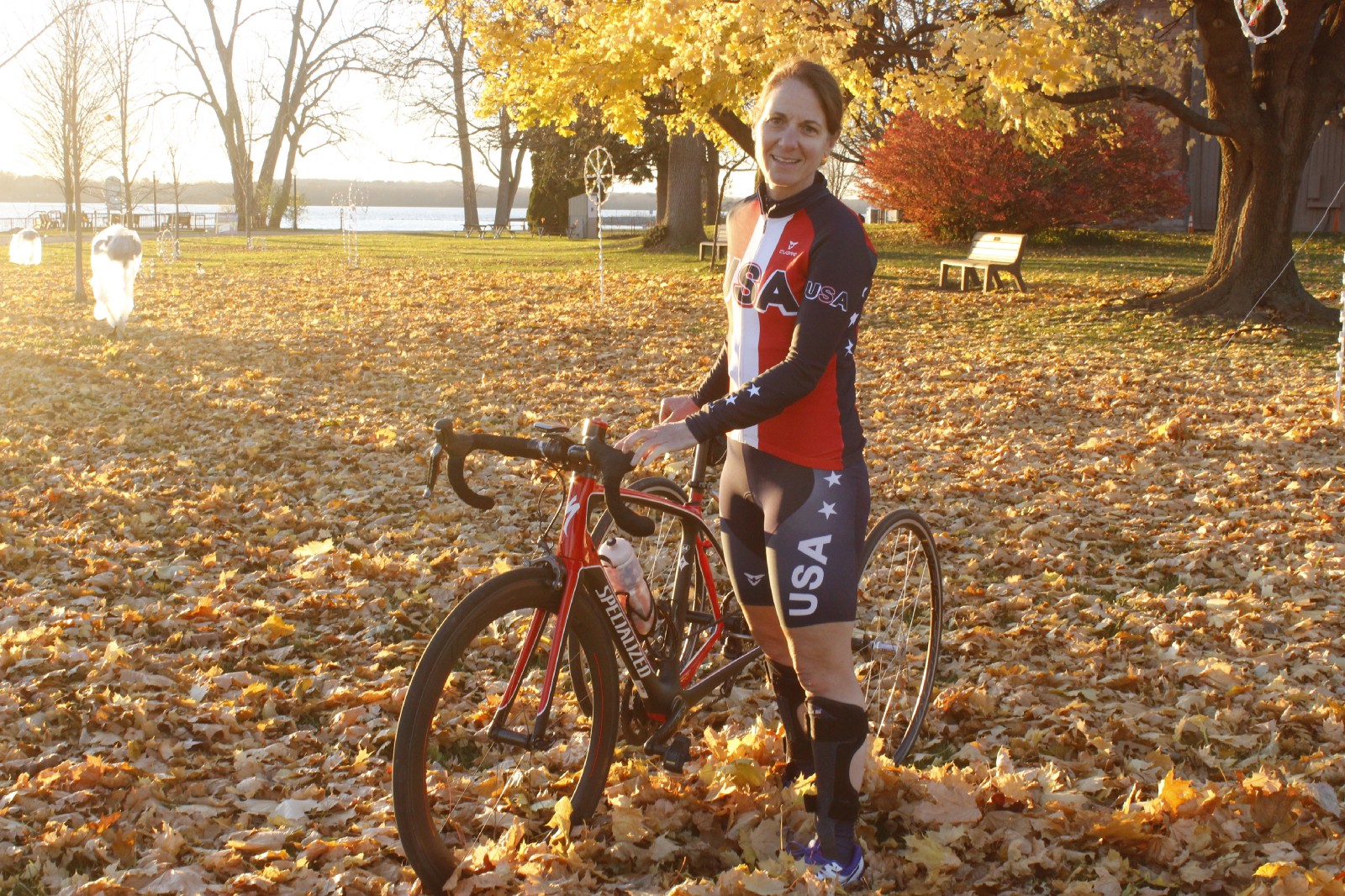 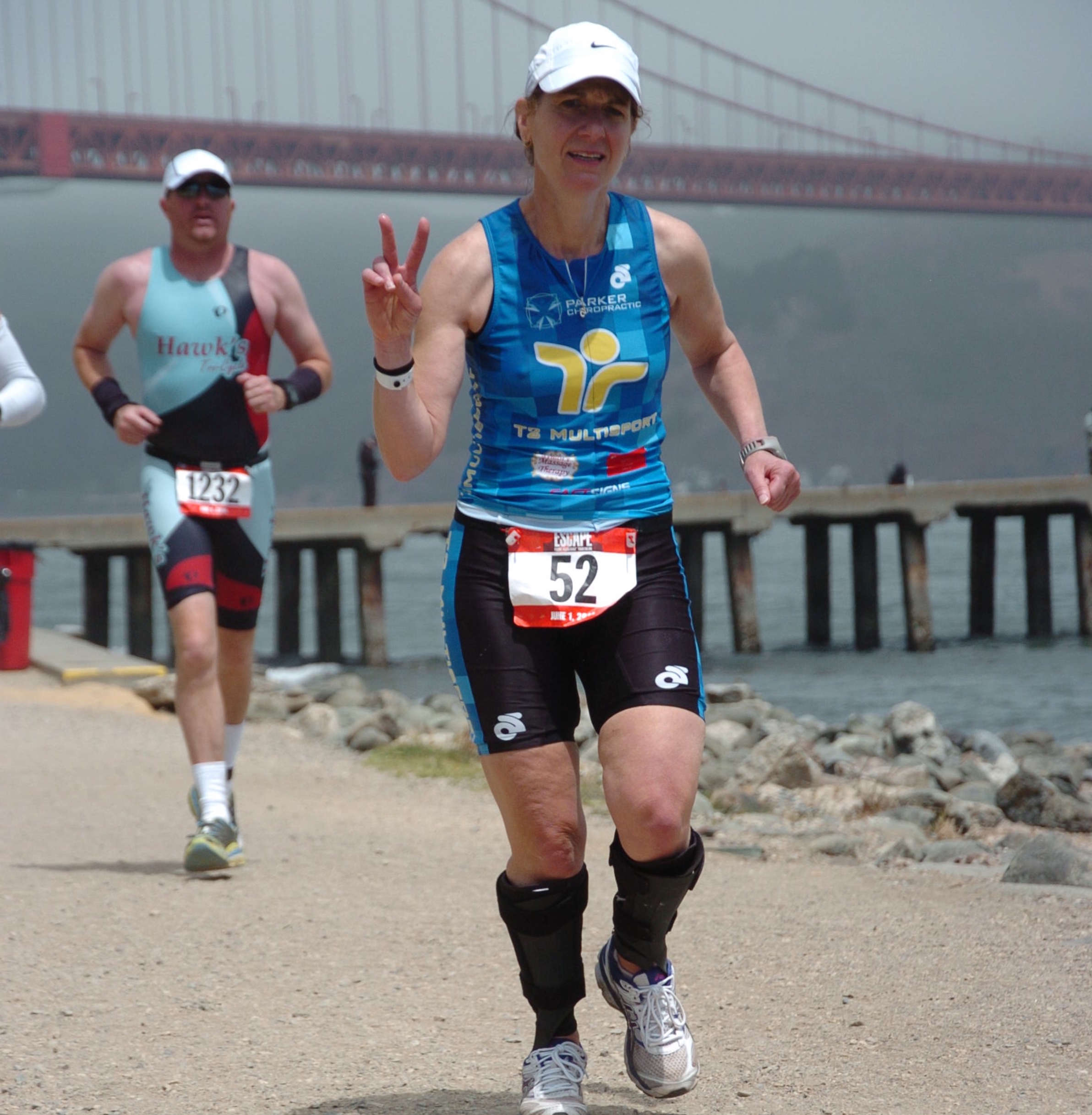