LIVES IN Wallingford, Pennsylvania
CURRENTLY WORKING AS a Physician Assistant in Sports Medicine
DEVELOPED FOOT DROP AS A RESULT OF Peroneal nerve palsy from severe running injury
CURRENTLY WEARS Ypsilon® FLOW ½ with ComfortSTRAP™
FAVORITE SAYING IS “Luck is when preparation meets opportunity.”
MY PROUDEST ACCOMPLISHMENTS are becoming a Physician’s Assistant, a Wife and a Mom!
MY PROUDEST ACHEIVEMENTS SINCE HAVING PERMANENT FOOT DROP are running 15 half marathons, 4 marathons and completing a 5K in under 20 minutes.
FUN FACTS: I love to bake and have a Bernese Mountain Dog. I also like to eat ice cream every day. 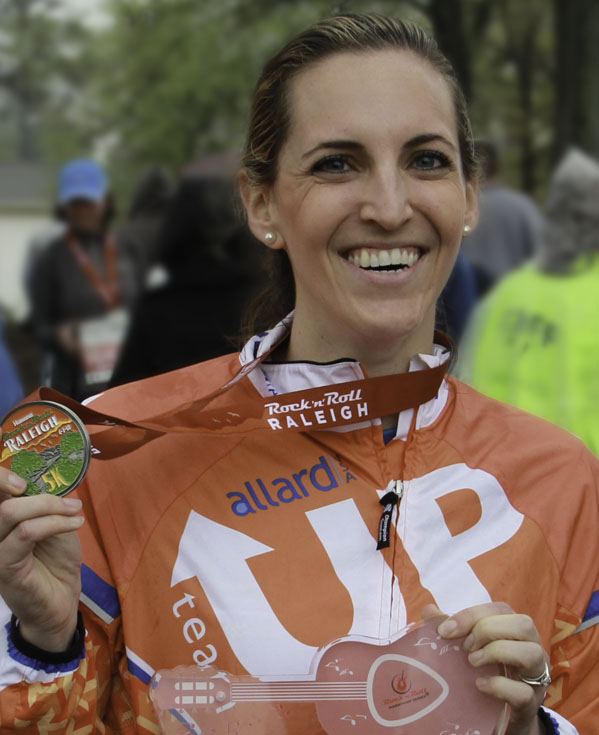 I began running in middle school and captained both the cross country and track teams by the time I was a junior in college. It had become a huge part of who I was and who I would become. One day, when I was performing 800-meter hurdle repeats, I tripped over a hurdle. I fell hard but figured I would jog it in. I got up, took a few steps and fell again. This time it felt as if my lower leg had been torn off. Next, I heard several awful pops and I saw my leg snap back into place. As I lay screaming in pain, my coach ran over and called the trainer.

An MRI showed I tore my meniscus, anterior cruciate ligament (ACL) and Lateral collateral ligament (LCL), IT band, and hamstring tendon, fractured my tibia and significantly damaged my cartilage. They immobilized the injured area and I awaited surgical repair the following Monday. During surgery my surgeon determined that I’d also damaged the nerve to my foot, which left me with foot drop.

After six months of therapy and two additional procedures later, my orthopedic surgeon cleared me to return to normal activities, but I still had no motion in my foot. At that time he sent me to an orthotist to find a brace that would allow me to walk without the risk of catching my foot and stubbing my toes on each step. The orthotist, upon learning I had been a runner, said he knew a woman with foot drop who ran marathons. He suggested I try the same brace that she wore. After following his advice and receiving the Allard Ypsilon, I immediately felt like I was walking normally. That was the first time in over eight months that I had anything that approached a normal gait. He not only gave me the Ypsilon that day, he gave me hope. Three months later, with my new orthosis, I ran my first half marathon with Beth Deloria, the woman he had told me about.

Over time, I began to regain strength and confidence in my body and in November 2012, a little over three years after my injury, I completed my first marathon. I really wanted to complete the distance and did not think about racing. To me, this was my way of saying, “I did not let this injury stop me.” Just getting to the start of this race was a victory, and finishing was icing on the cake! After knowing I could complete a marathon, I focused on running a marathon fast. The following year, I ran the Chicago marathon and finished in 3:37. I’m thankful to be able to run. I couldn’t do it without my Allard brace. 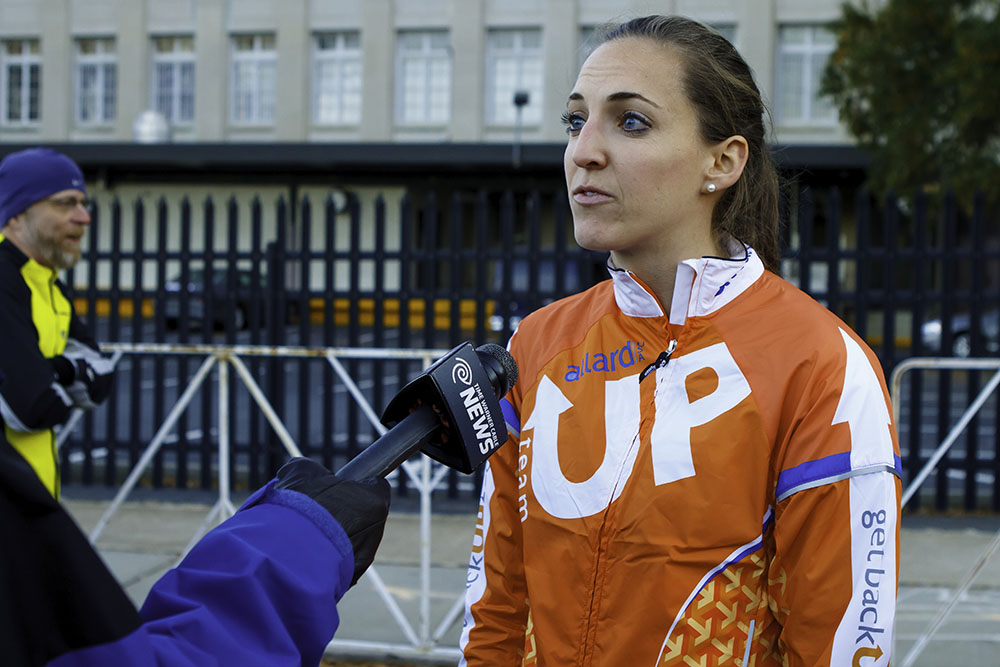 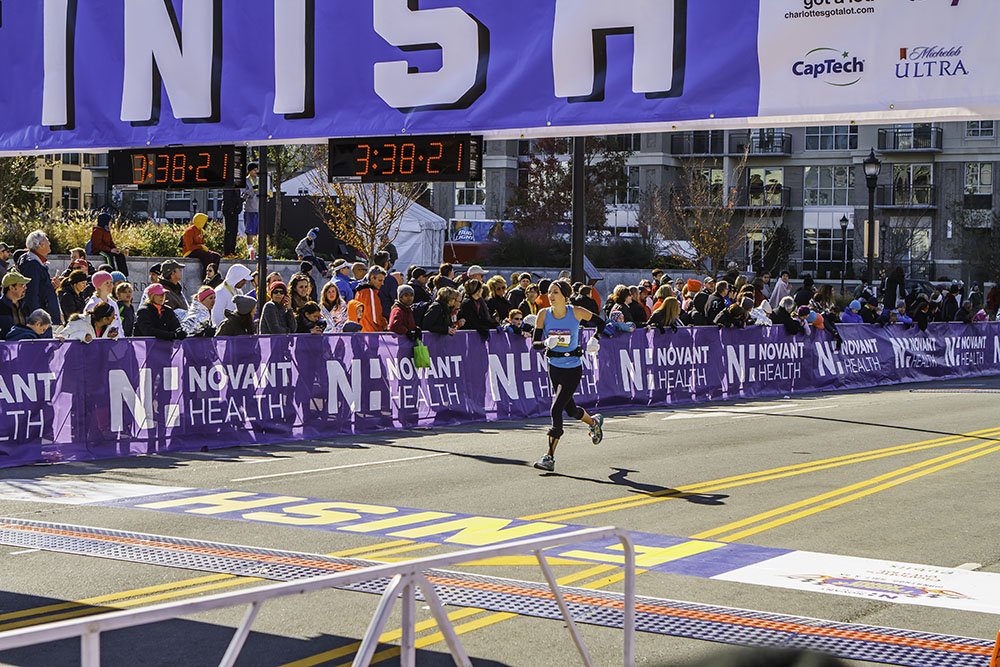