LIVES IN West Chester, Pennsylvania
CURRENTLY WORKING AS A Full-time Student and working Part-time at a virtual reality arcade.
DEVELOPED FOOT DROP AS A RESULT OF Hemiplegic Cerebral Palsy secondary to Hemorrhagic Stroke.
CURRENTLY WEARS the Allard ToeOFF™ with D-rings for running, Ypsilon® FLOW ½ with ComfortSTRAP™ for daily use.
ONE OF MY PROUDEST ACHIEVEMENTS is learning how to spin while throwing discus.
MY PROUDEST ACCOMPLISHMENTS ARE competing at Junior Nationals for 8 consecutive years, learning to ride a bike, breaking the long jump, discus and shot put national records.
FAVORITE SAYING IS “Claytons never quit!”
FAVORITE HOBBIES ARE Gaming, 3D printing, skiing, theater, singing, photography, graphic design, camping, swimming and “throwing things!”, (like discus and shot put.)
FUN FACT: I am a self-described gaming geek and want to be a video game developer one day. 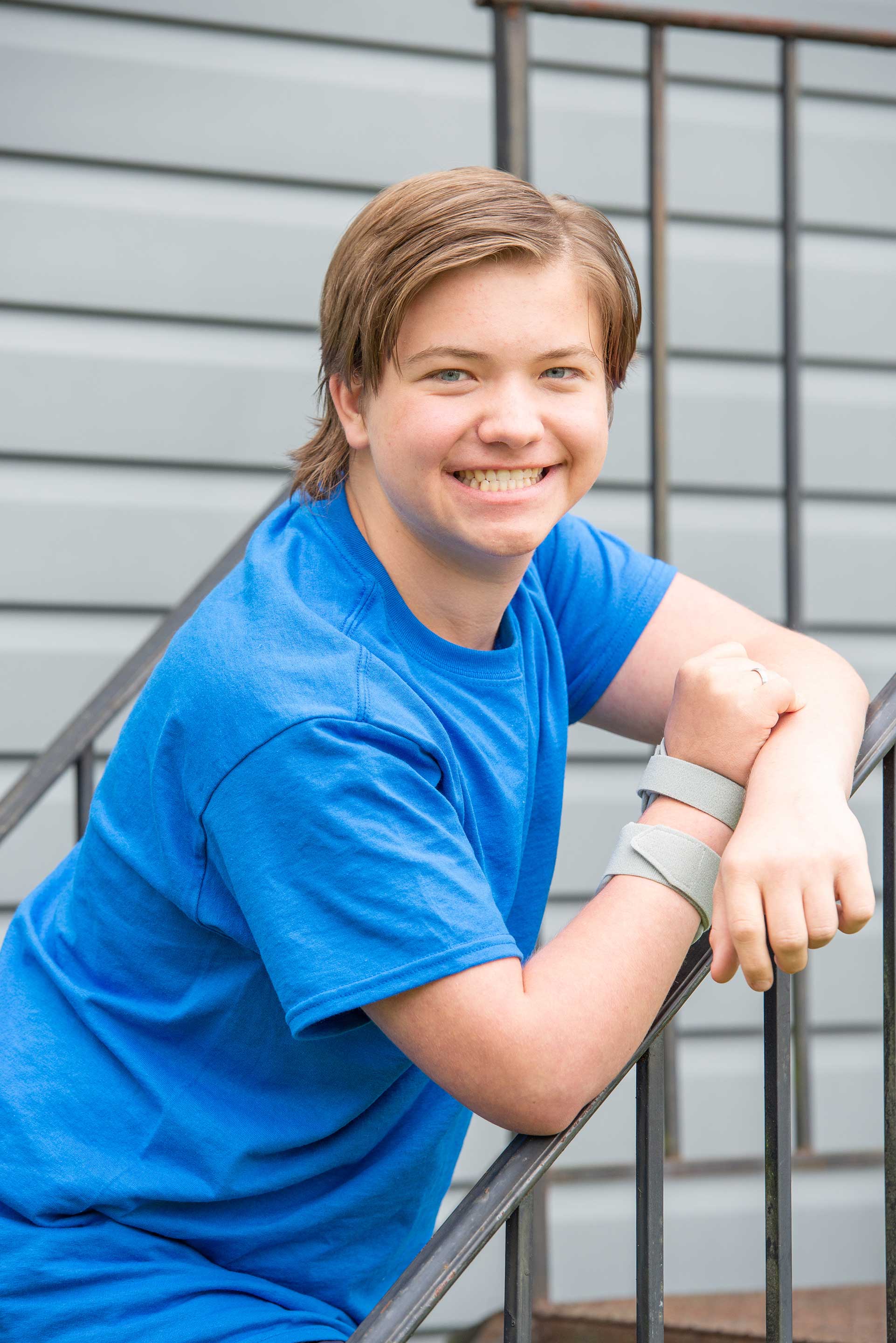 Trent Clayton is the kind of kid who will try anything once. This includes exploring new food, new places, and new athletic endeavors! He is a self-proclaimed foodie and loves the opportunity to try unique flavors and creating dishes for his family. Trent is in to science and technology, he enjoys 3D designing and printing. He also likes to game on his computer when he isn’t attending school or working out.

Trent attends a performing and fine art charter school where he enjoys photography, theater, vocal and graphic design classes. He has performed in several plays and musical productions. His Allard AFO makes it possible for him to be active in all these activities, along with competing in track and field.

Trent was just a baby when an MRI found a huge mass in his brain. He was rushed for emergency surgery where they discovered the mass was actually a collection of blood (a hemorrhagic stroke). His family would later learn that he has a condition that causes lesions in his brain called Cerebral Cavernous Malformations.

These lesions are known to bleed spontaneously and he has had many hemorrhagic strokes throughout his lifetime and a total of three brain surgeries. The brain injuries caused hemiplegic cerebral palsy and foot drop. He also has a bleeding disorder called Von Willebrand’s Disease creating the perfect storm so to speak, since when his brain bleeds it doesn’t clot well. Trent infuses with clotting factor 3 times a week, he is becoming more independent with starting his own IVs to infuse his factor.

Trent discovered a love of track and field when he was 7 years old. He currently likes throwing the best, especially discus! He has qualified for and competed in Adaptive Sports USA’s Junior Nationals every year since 2011. Due to balance issues, Trent hasn’t been able to ride an upright bike, until recently that is. The summer of 2018, one of his goals was to learn to ride a bike. He attended a week-long camp dedicated to learning to ride a bike and by the end of the week was riding on his own. Being able to ride an upright bike will give him more opportunities to compete in triathlon and bike events in the future. Trent currently competes with his high school track and field team and the adaptive sport team he helped start up through the Pennsylvania Center for Adaptive Sports. He is excited to compete at Adaptive Sports USA Junior nationals again this year, for the 9th consecutive year!

Trent was prescribed his first ToeOff in 2012 and later that year he broke the long jump national record for his age and disability class. Clearly not a coincidence! He’s been wearing an Allard AFO ever since and has continued to grow as an athlete and competitor every year. He is proud to be a Team Up Co-Captain. 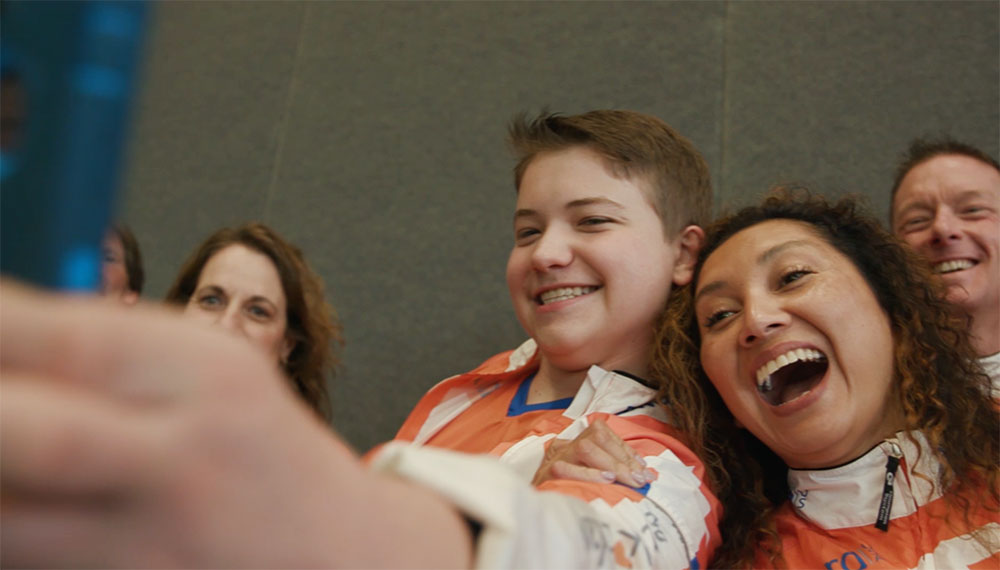 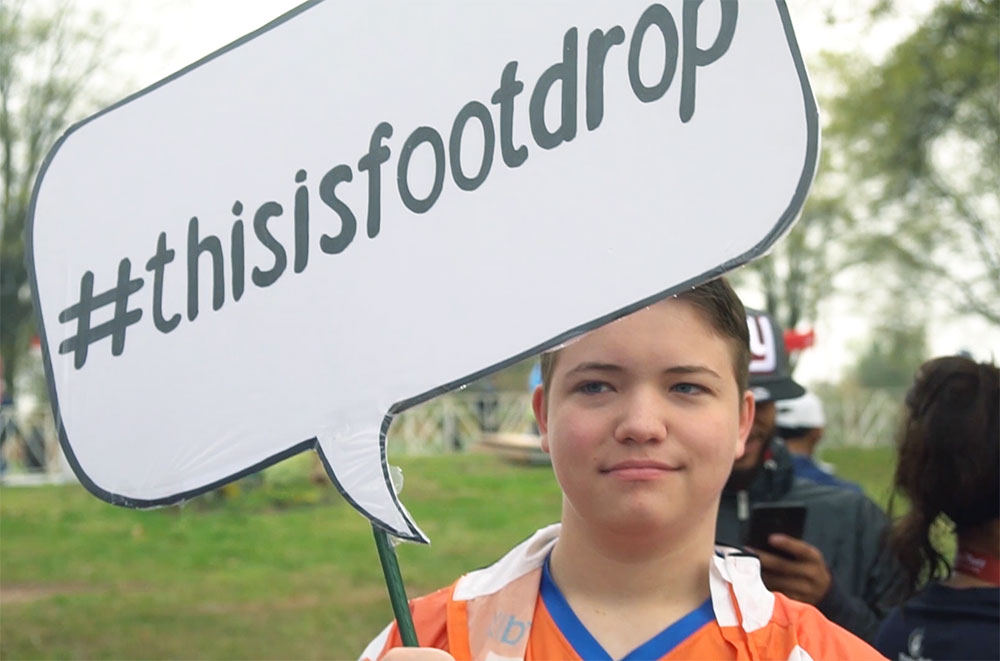 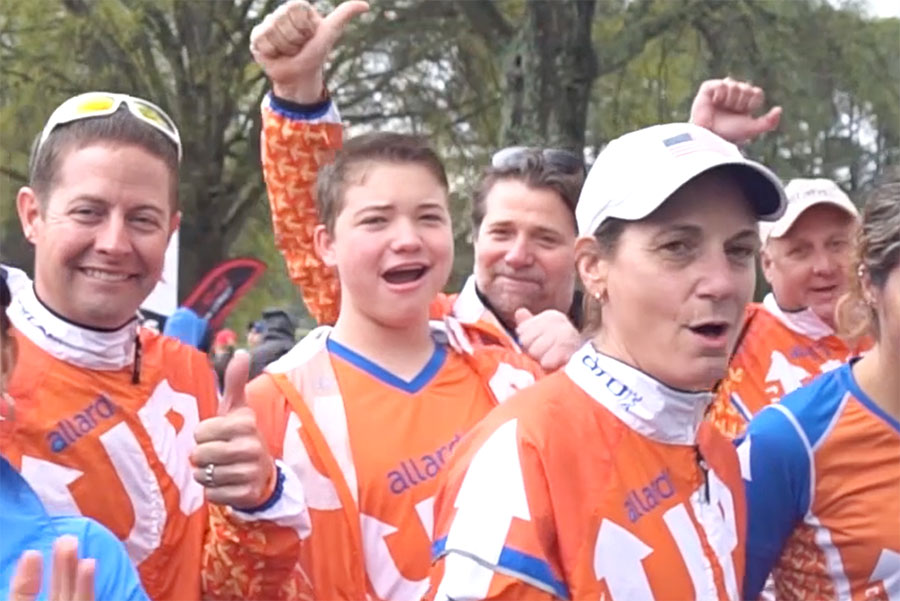