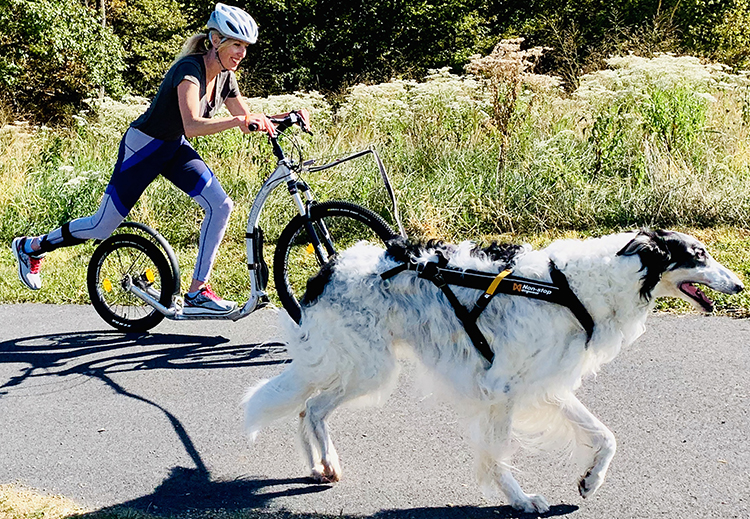 As I flipped head-over-heels out of my saddle — unsure of which end was up or down — my first thought was, “How in the world did I get here?”

Like any good “horse-woman” I immediately got back into the saddle and finished my ride. Like a dummy I did not tell anyone I was hurt (and I was really hurt) because I didn’t want to stop riding.

That was four years ago. I’ve learned that my stubbornness is not my best quality.

In December 2018, after four years of continued pain in my back and pelvis I finally broke down and saw a doctor. X-rays, an MRI and a CT scan revealed that I had fractured a vertebra and herniated a disc in the lumbar spine as a result of the horse-riding accident. Because of the lumbar back injuries I developed right leg deficits: the calf and shin muscle in my right leg is atrophied, causing Foot Drop.

An EMG revealed that I had chronic nerve damage from my back into my right leg, but they also ruled out CMT (which had always been on my mind since my father had CMT). I began intensive Physical Therapy and started searching for ways to improve my strength and stay active.

In early February 2019, I began to explore my options in earnest. At the top of my check list was getting active again, and I knew I wanted to do something outside with an animal (but not horseback riding, sadly). I was thrilled to learn about a sport called Urban or Dryland Mushing. It’s basically dog mushing without snow and a dog scooter in place of a sled. I found a company that had everything I was looking for: Kickbike USA. I got all the gear for my dog, taught him mushing commands and waited for my Kickbike to arrive.

Fast forward to July 2019. Kickbiking/Urban Mushing has been such a healing tool in my life. It’s not just a unique way to bond to my beautiful Borzoi, Ira, but it has also helped make me a stronger athlete than ever before. It has allowed me to strengthen my back and improve my leg and core strength. Everything was going great, and as a team we were really racking up the miles — with the added bonus of having so much fun!

One day, though, a rabbit jumped out 10 ft away from Ira as we were out for a ride, and he lunged after it. That motion sent me flying off my Kickbike and into the pavement with the ball of my right foot taking the brunt of the traumatic blow.

Long story short: I sustained a Sesamoid fracture in the ball of my right foot, and I spent 12 weeks in an orthotic boot. Anyone that has been in an ortho boot knows: a normal leg in an ortho boot or cast for almost 12 weeks will become weak and atrophied. Sadly, my right leg was far from normal before going into the ortho boot. The strength and muscle I had gained from PT and Kickbiking earlier in the year was now almost gone.

So, now I have even more of a pronounced Foot Drop from the loss of shin and calf muscle. As a tool to get me out of the restrictive ortho boot and back to Kickbiking, walking and hiking, I have the newest Allard ToeOFF® Flow 2 1/2 and GliderKIT™. I am so thankful to report that things are going great and I am back out there with my dog, Ira, and my Kickbike!