From Challenge to Champion: Raising a Son with Spina Bifida 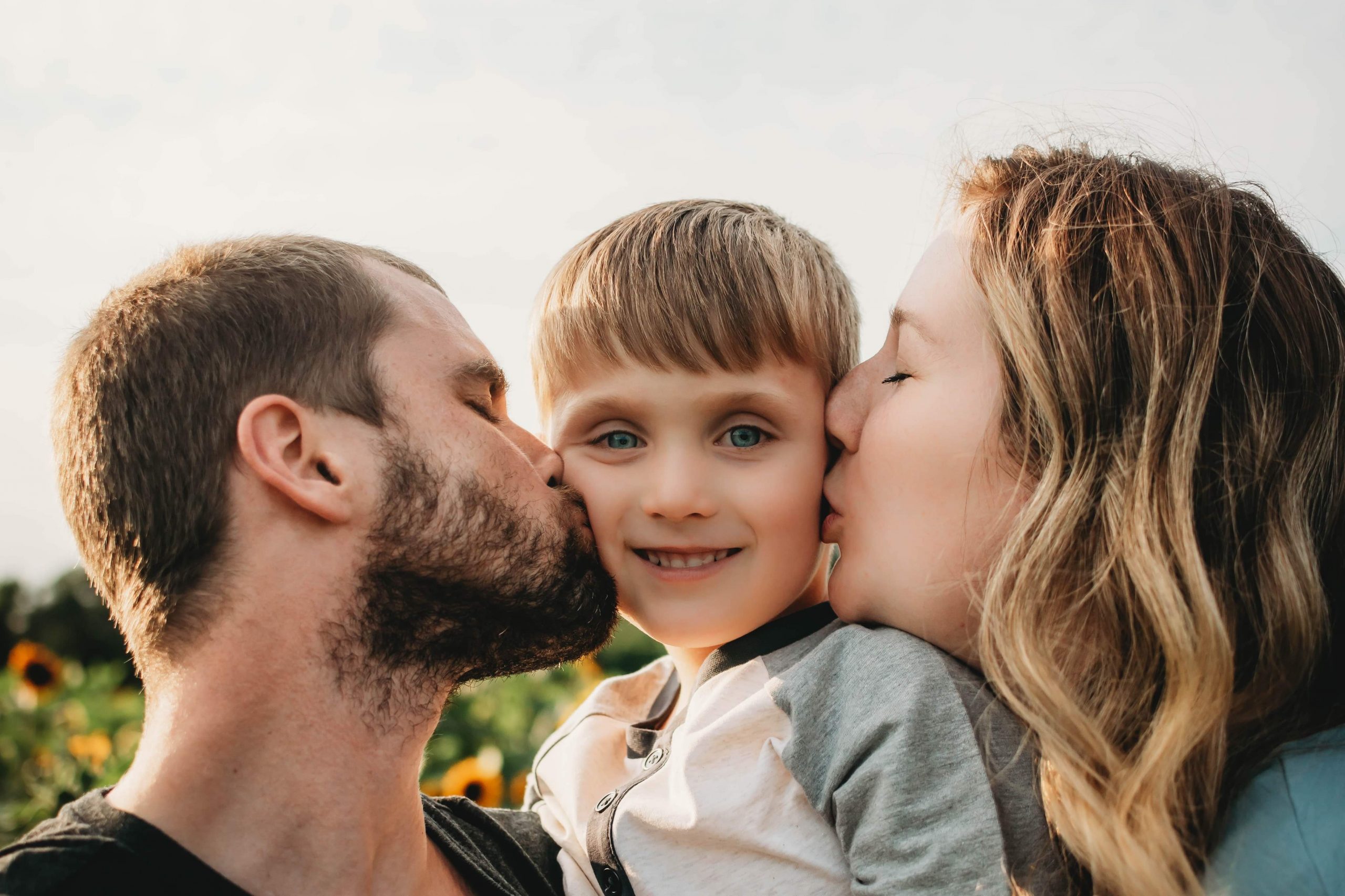 Emily and Tommy Frickey began making critical choices for their son, Eli, well before he was born. At 20-weeks gestation, Emily had an anatomy scan that first detected signs of Spina Bifida. After consulting with a perinatal specialist—and learning that her baby had myelomeningocele, the most severe form of Spina Bifida—they made the decision to undergo fetal surgery at the Children’s Hospital of Philadelphia. At 25-weeks gestation, the operation to repair the opening in Eli’s spine was performed, after which Emily was on strict bedrest for almost 2 months until Eli was born at 32-weeks. 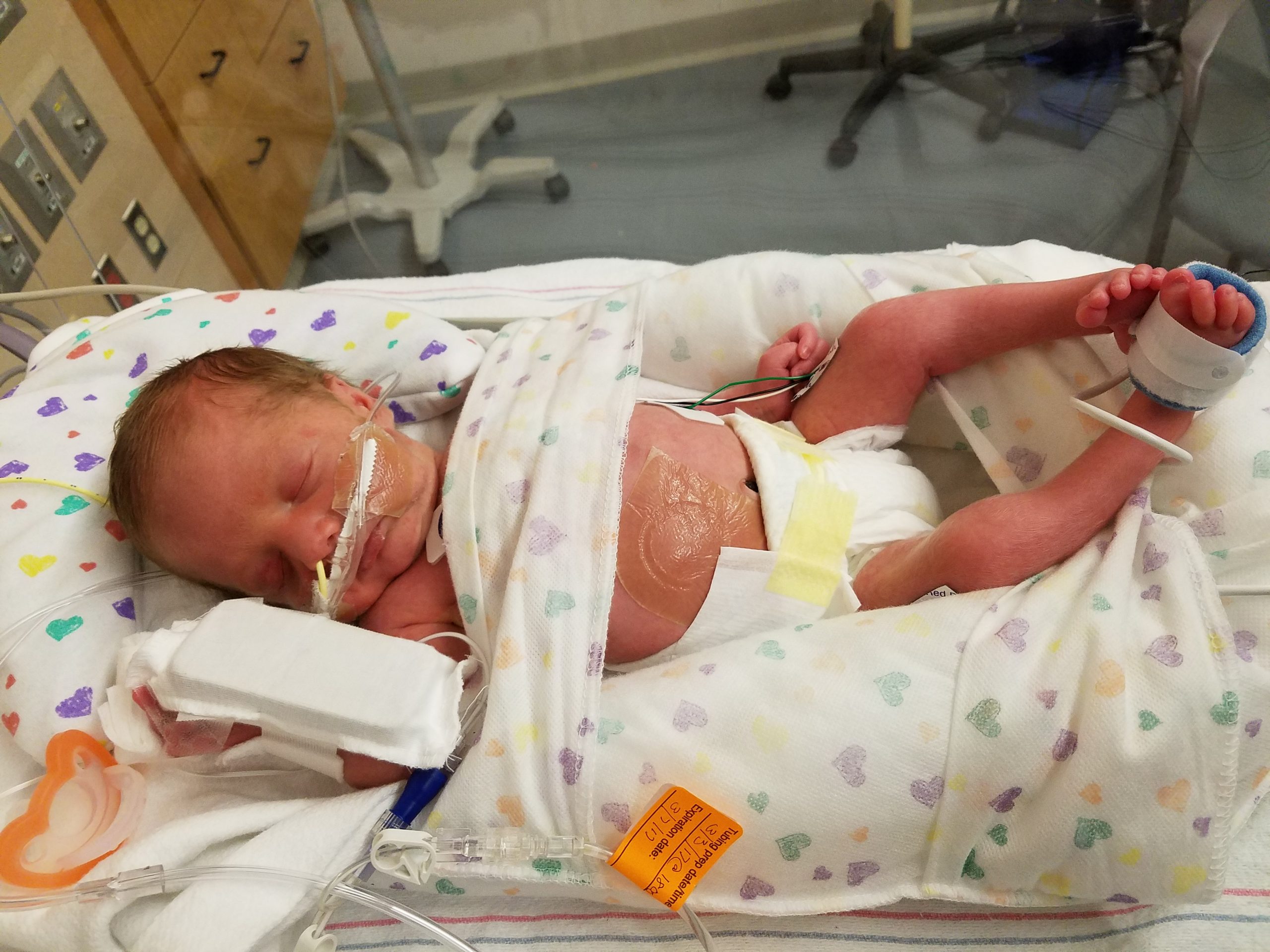 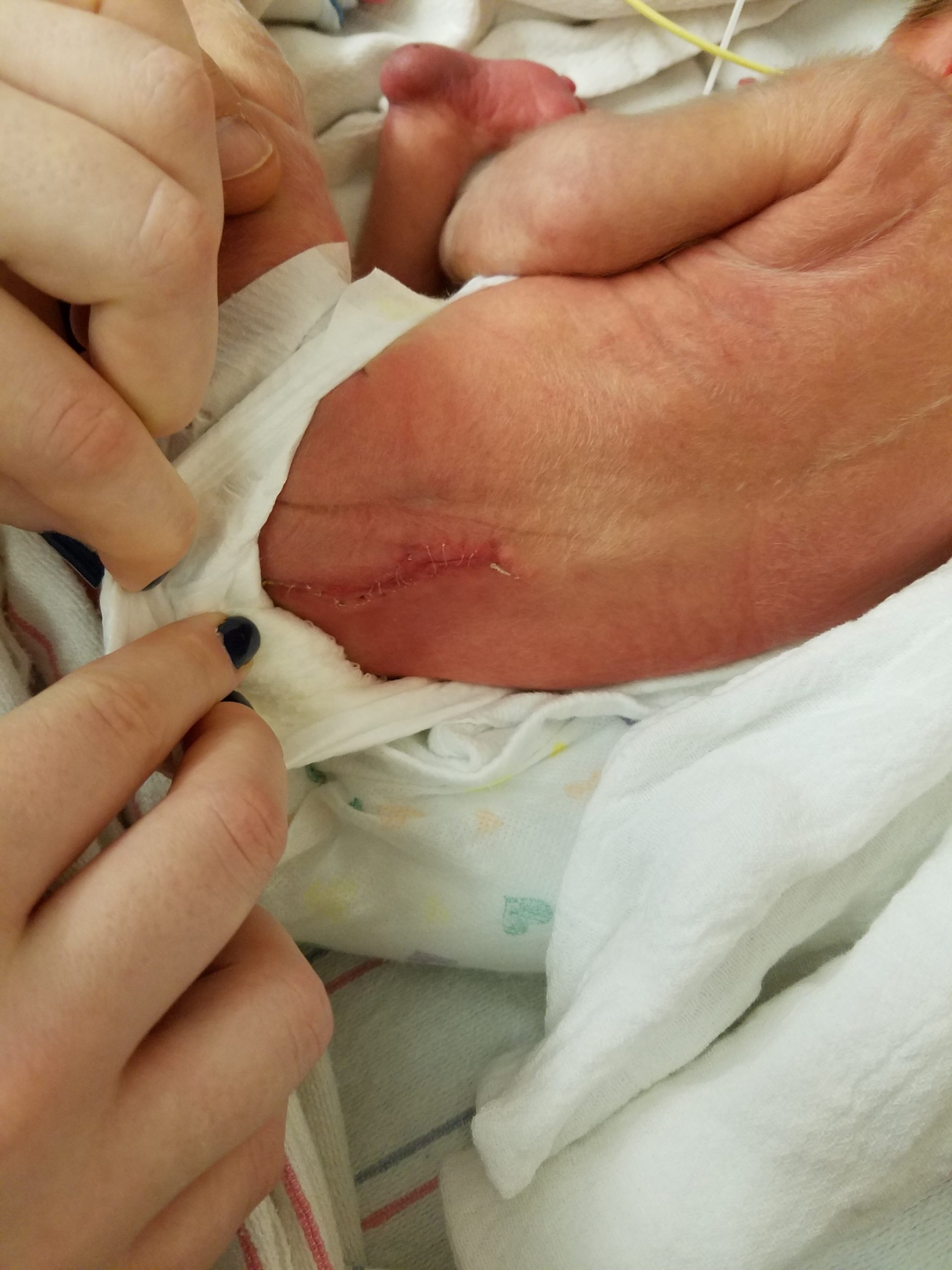 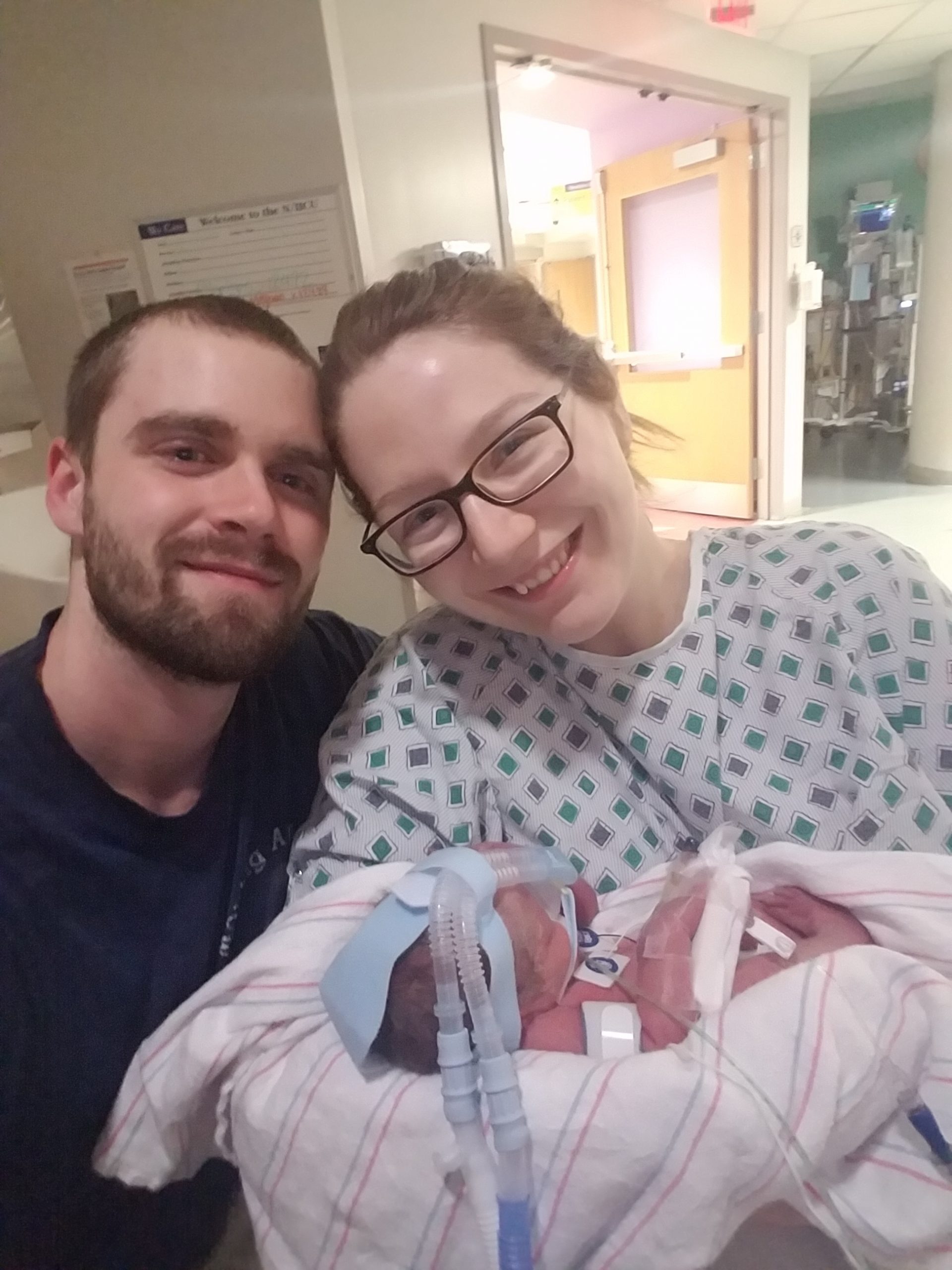 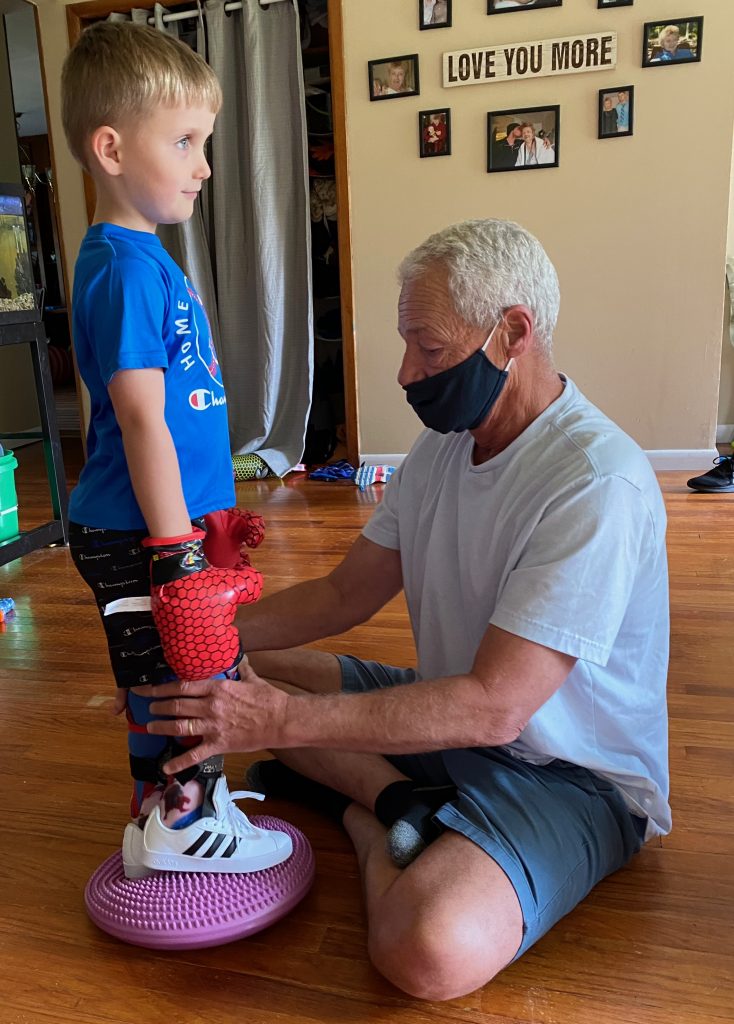 While the fetal surgery was considered successful, Eli has lived with some challenges brought on by Spina Bifida. The condition mostly impairs Eli’s mobility; he started crawling at 15 months then needed orthotic intervention as soon as he started to bear weight and begin walking. Says Emily, “He has always been delayed in his gross motor skills. Eli has weakness in his hips and below the knees, but he has a very strong core and quad muscles.” To make sure they continued to make the best choices for Eli, his parents took an active role in considering which orthotic devices would be most helpful to his development, and which ones may actually be holding him back.

Even for professionals, it is not always a clear path to knowing which interventions will help any one patient at any one age or developmental stage. Therefore, it is key for parents to report what they’re seeing in their child’s development, then work together with their child’s physical therapists and orthotists. In Eli’s case, he started with hinged, plastic AFO’s but “when he really started walking and taking steps”, Emily said, “we realized the hinge was hindering his success as it wasn’t providing enough support.” They got him solid AFOs (Ankle Foot Orthoses) and, with his walker, “he really began to take off at about 18 months.” He used these braces and his posterior walker until about age 2½, at which time he chose to ditch his walker and only depend on the AFOs.

About 6 months later, wondering whether he was outgrowing his solid AFOs, Emily and Tommy tried to reduce outside support by putting Eli in SMOs (Supramalleolar Orthoses) to stabilize his foot and ankle without the additional restraints of his AFOs. After only a short time, they noticed he was developing a crouch gait and was falling more frequently, so they needed to try something else. When they tried to put Eli back into his solid AFOs, he did not want to wear them anymore; he had gotten used to the less rigid support. 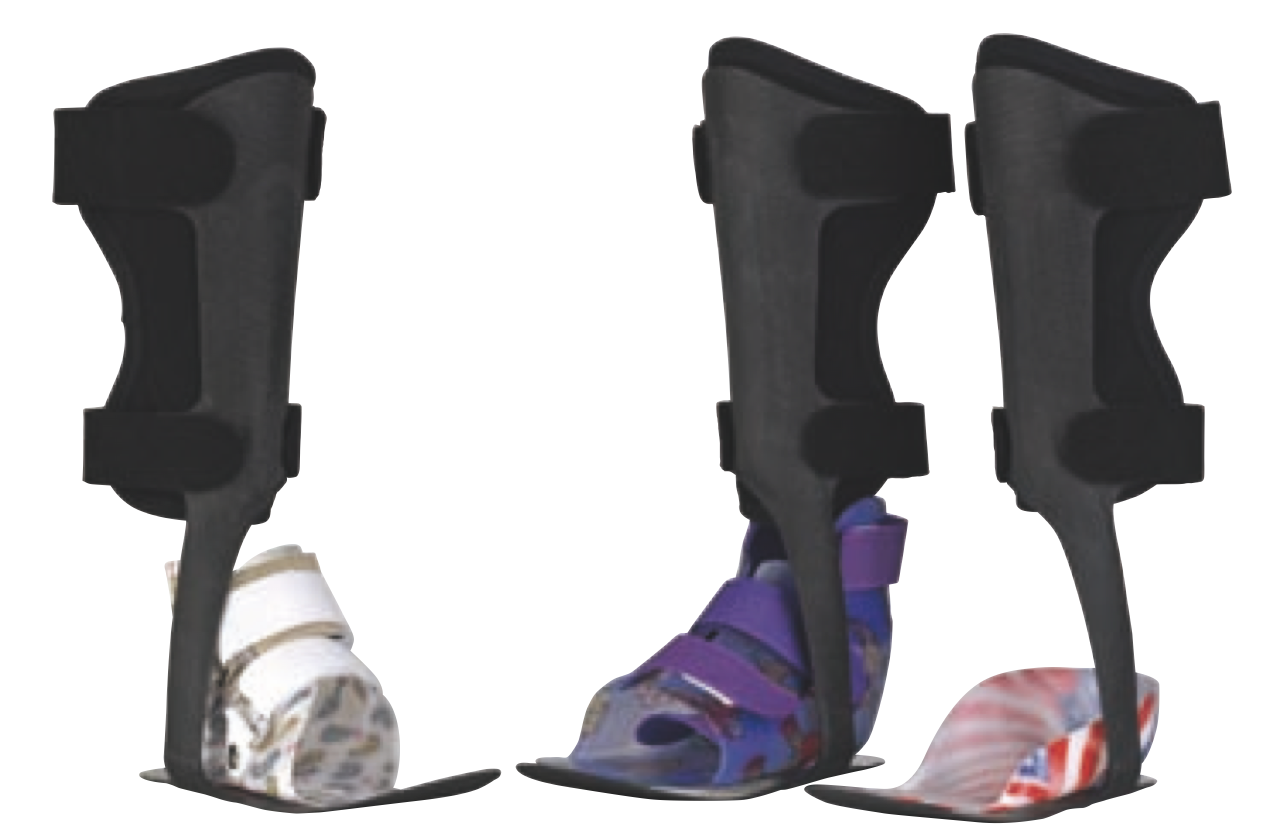 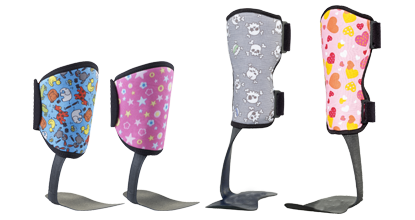 That’s when they tried pairing his SMOs with dynamic-response, floor reaction AFOs made specifically for kids like Eli—the KiddieGAIT® braces by Allard. Says Emily, “We noticed a huge improvement right away! He stopped crouching while standing still, he stopped falling and he developed a more natural gait. We love the perfect amount of support he gets from them, enough but not too much.” 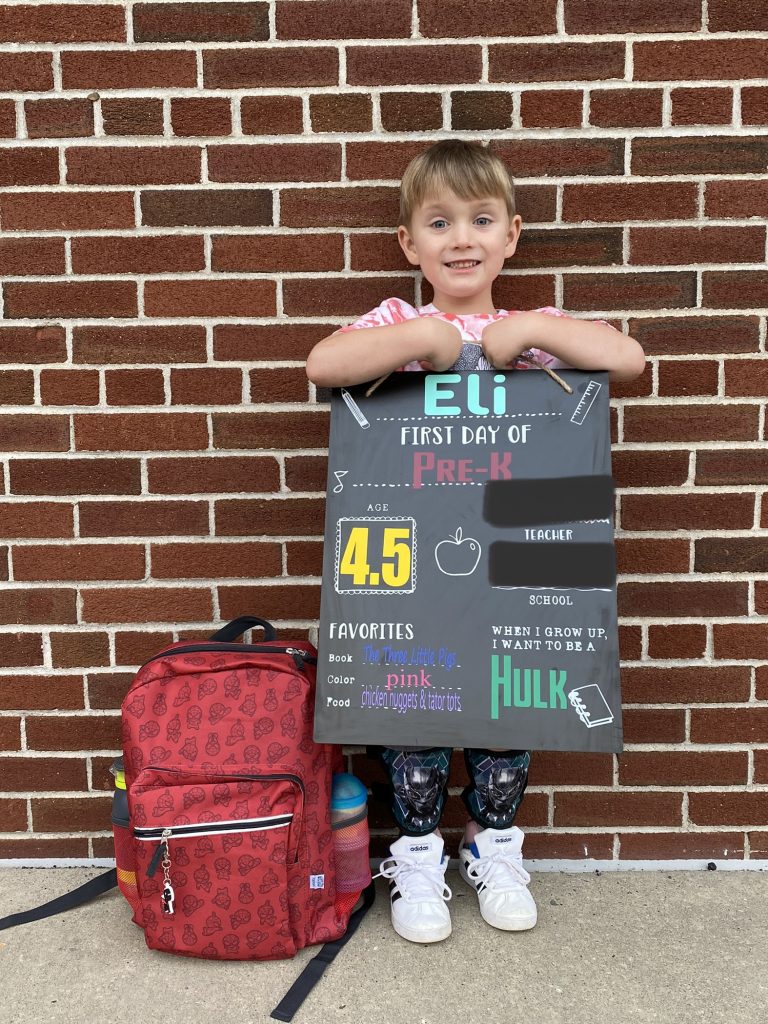 Today Eli is 4 ½ years-old and likes to play and be wild like every other child his age. He started pre-K this September, where his KiddieGAIT® braces allow him to “get up and walk, run, jump—and actually leave the ground—and climb like all the other kiddos”, according to mom and dad. Even better, Eli attends the same school where Emily has been teaching since before she got pregnant. Says Emily, “To say the school and community rallied behind us to make sure we could get to CHOP and get the best care possible would be a complete understatement. It’s extra nice that he attends this school, as they have been rooting for him since the womb and now get to see how well he is doing, thanks in part to their support.”

When Eli is not off to school with his mom, he LOVES working out with daddy; doing lunges, L-sits, ring pull ups, dips, wall sits, squats, push-ups and sit-ups. Tommy also frequently builds obstacle courses for Eli to navigate to practice PT goals. According to Emily, “They have a bond like no other and he is so lucky to have a dad who will do anything to help Eli be successful!” Other things Eli loves? The Avengers, dinosaurs, hunting monsters, playing with his cousins, and especially going to the zoo! For all these activities, Emily and Tommy say his KiddieGAIT®s make navigating the uneven terrain outside so much easier and safer for him. When asked to name something unique about Eli—other than his physical challenges—his parents say he has become known for an adorable habit: when he’s had too much play time, too much PT or just otherwise needs a bit of a break, he lays back into an arms-behind-his-head “chill pose”. Hey, when we’re tired, we all need to relax for a minute! 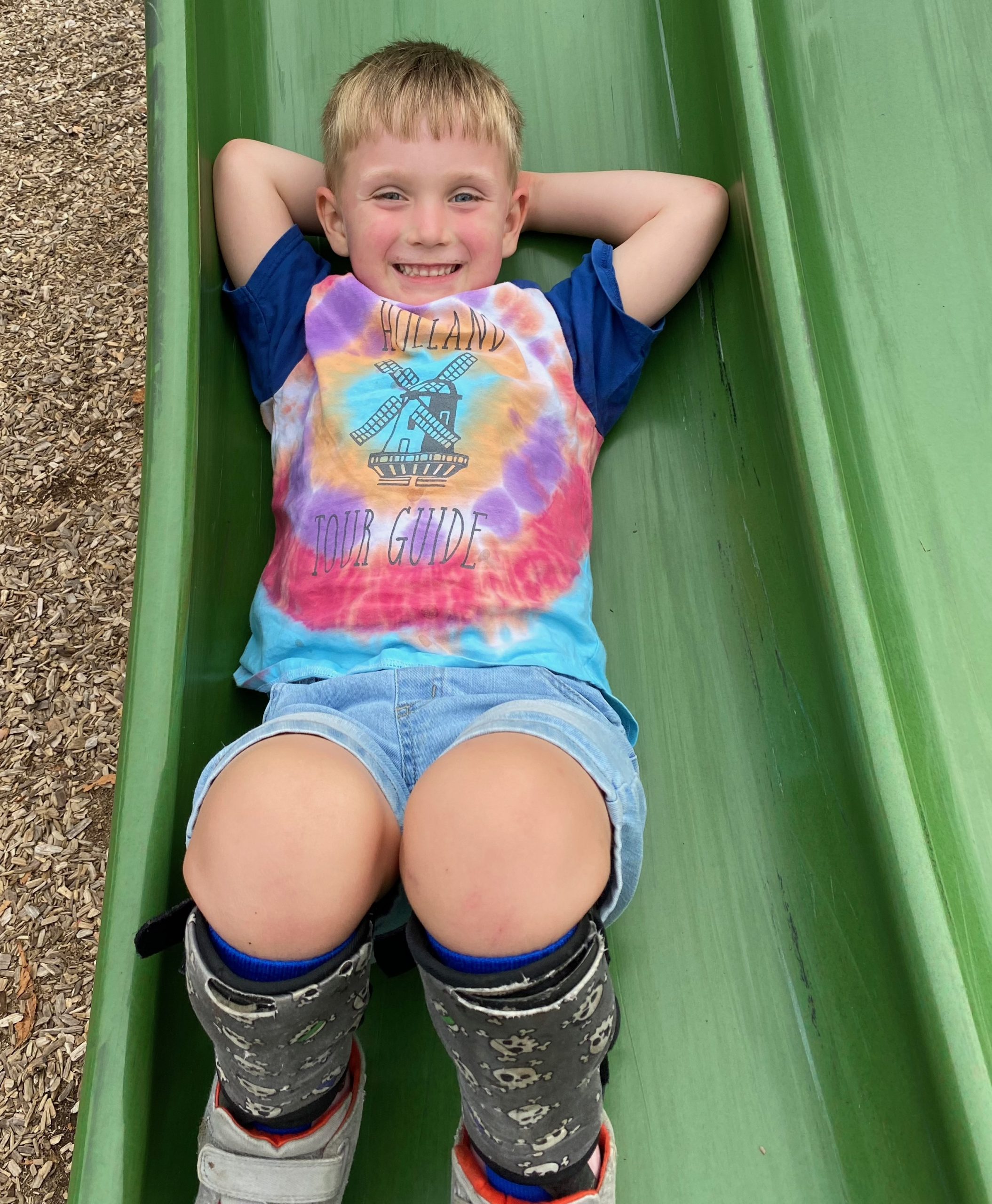 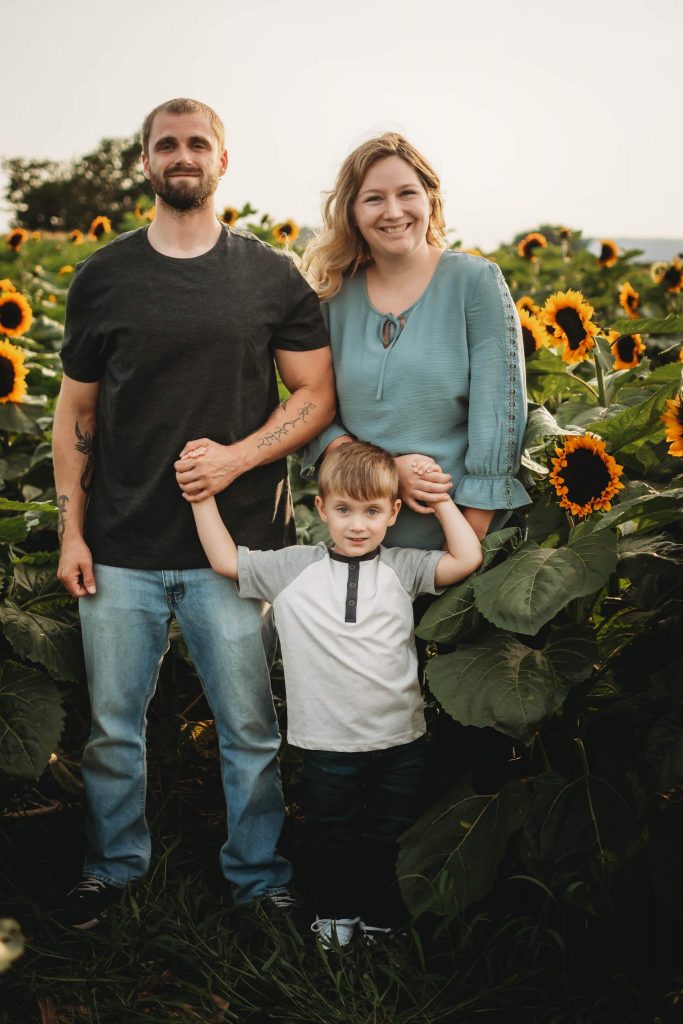 What’s next for Eli? Emily and Tommy say that their biggest goal for him across the board is for independence in his everyday life. “We push and support him to do things independently as much as possible. While he has challenges and obstacles to overcome, we never want these obstacles to be a crutch for him. He can accomplish anything he sets his mind to, even if it looks a little different.”

By sharing their family’s journey, the Frickeys hope to encourage other parents who have children with Spina Bifida—or other mobility challenges—and to remind them that “mobility is mobility”. “I know it can be really hard for parents to accept orthotics, wheelchairs, and other equipment that help our kids to be successful in navigating the world around them,” said Emily, adding “As parents, we want to protect our children and we don’t want them to be ostracized, so adding things that make it more noticeable that they have different needs can be an emotional struggle.”

“Just remember that your kid is not defined by their limitations, but by their character. Our kids may face more challenges than many, but their challenges can teach them to be champions and that is something to be so proud of.”

Emily, Tommy, and Eli live in a small town in upstate New York. While mom and dad are busy working, Eli is busy loving every minute of school, from reading stories and singing songs to playing in gym class and hunting zombies on the playground. All 3 are dedicated to sharing their journey in hopes of raising awareness for Spina Bifida and early-intervention fetal surgery.