Gaelyn lives in East London, Eastern Cape, South Africa. A few years ago, she was unhappy with her weight and decided to exercise. While exercising she was experiencing pain in her lower leg and was told it was tendonitis and instructed to rest for six months. This was not ideal for her with her new weight loss goals. She decided to rest anyway, but after three months, noticed no improvement.

She did a search online for the symptoms she was experiencing and came across Chronic Compartment Syndrome, which the Mayo Clinic describes as “exercise-induced muscle and nerve condition that causes pain, swelling and sometimes even disability in affected muscles of your legs or arms.” She contacted a surgeon who confirmed this as her diagnosis and scheduled her for surgery.

After surgery, Gaelyn noticed she had foot drop because could not move her toes or ankle. Not only did her foot not feel right, but it also didn’t look right to her. As a paramedic she knew what to look for more than the average person. After speaking with the surgeon, she discovered that he had bumped the nerve with his blade, but he had told her that it should be fine in 3-6 months.

Gaelyn flew to Durban to be with family for the next few months because she would not be able to take care of herself on her own and her husband travels abroad for work. During this time she went through painful nerve conduction studies to determine the function of the nerves in her leg. She also contacted a new surgeon for a second opinion and after nine months with absolutely no improvement, he made the decision for her to go back into surgery so he could find out what was going on. 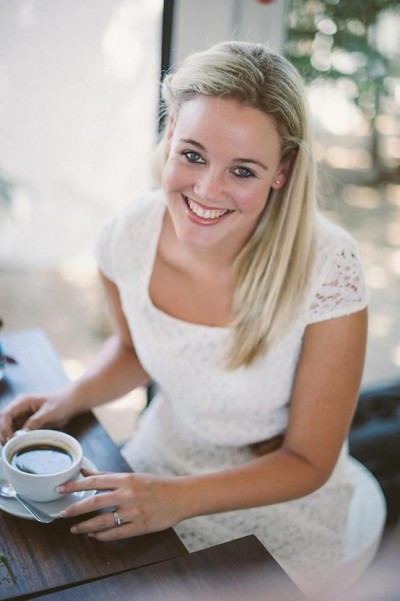 After her second surgery in March 2012, Gaelyn learned that the pervious surgeon had not bumped the nerve like he said, rather he severed three bundles of nerves and 75% of a fourth! The new surgeon grafted the nerves. He explained to her that had this been done earlier, she could have had more success with the graft. The surgeon explained that she would need to wait two years to see if the surgery had worked.

More than two years later, Gaelyn has shown no improvement with foot drop. But that’s not stopping the woman who has always loved sports from challenging herself. She has committed to doing the Ironman 70.3 on January 25, 2015 in South Africa, which is the second hardest in the world. She says, “I want to prove to myself that I can do it.”

Gaelyn has also decided to raise money for people who cannot afford prosthetics. She is attempting to raise R113,000 ($10,745). She is also hoping to find other people who have physical challenges and let them know they aren’t alone. “South Africa does not have a community of support for people who have gone through what I have. I hope my story helps someone who needs to hear it.”

Check out Gaelyn’s personal blog for more information about her journey.