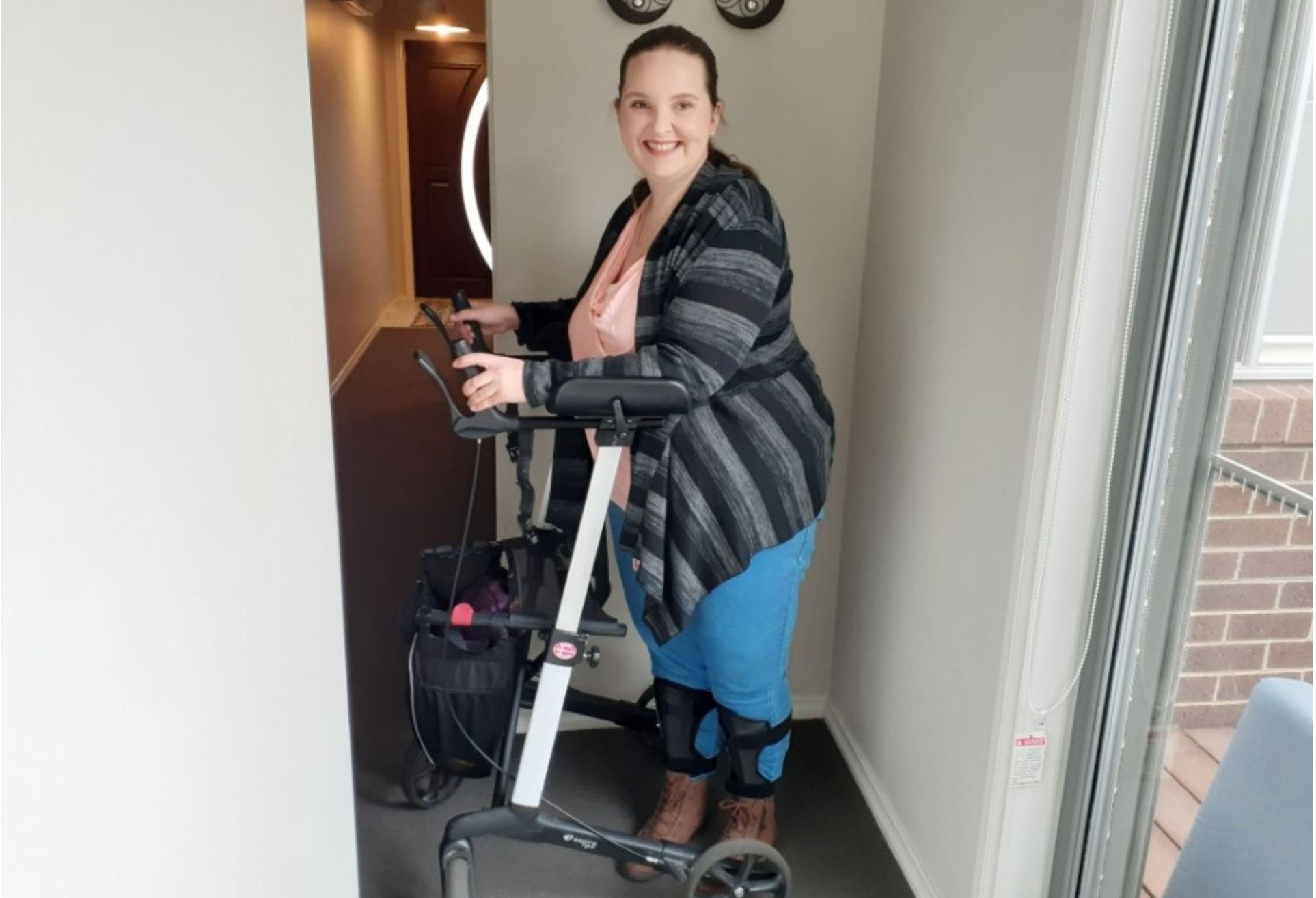 Jessica Cochran’s journey to a diagnosis of Ehlers-Danlos Syndrome (EDS) at 25 was not an easy one.  It took her almost 10 years to receive, which is the average.  There are a few reasons for this including the fact that people tend to think the symptoms are all in the persons head which results in mental health issues for those that have EDS and have not yet been diagnosed.  Also, doctors might treat each symptom as if it is unrelated to the others.  Jessica was diagnosed when her doctor saw her unusual grip while holding a pen and decided to conduct the Beighton scale, a scale that measures joint hypermobility.  Above 6 indicates EDS.  Jessica had 9/9.  The symptoms that Jessica experienced were joint dislocations and subluxations, POTS (postural orthostatic tachycardia syndrome), chronic pain, joint inflammation and instability, ligament microtears, skin fragility and excess fatigue especially exacerbated by physical activity.  Prior to receiving her diagnosis, Jessica had lost her ability to do nursing and childcare.  This, paired with a lack of answers, led to depression.  “Once I was told I had Ehlers-Danlos Syndrome I was relieved to feel seen and heard after all those years of being told that there wasn’t anything going on.”

So what is EDS?  According to the Ehlers-Danlos Society, “The Ehlers-Danlos syndromes are a group of connective tissue disorders that can be inherited and are varied both in how they affect the body and in their genetic causes. They are generally characterized by joint hypermobility (joints that stretch further than normal), skin hyperextensibility (skin that can be stretched further than normal), and tissue fragility.”  There are 13 subtypes and Jessica is diagnosed with hypermobility EDS. 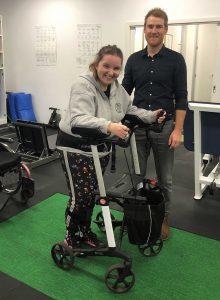 In order to get around, Jessica had been using a wheelchair to self-propel.  Although she sometimes used a walker, mainly at home, her OT would cringe watching her gait pattern.  After trying 10 or more AFO’s and ankle braces over the course of 2 years her team finally tried Allard ToeOFF® AFO’s.  They were immediately excited and her Orthotist exclaimed “That’s how you’re supposed to walk!” and could tell there was going to be a big change right away. Since using the ToeOFF® AFO’s, Jessica has less pain in her ankles, can walk further and she is not as shaky.  They have also decreased her chance of falling, which due to EDS, creates a risk of dislocation and subluxation.  Now, with her focus off not falling in her home, she can focus on other areas of her body.  She can work again and for more hours and go out with her friends.   But she is most excited about just being able to walk normally.

Currently, Jessica is a performing artist and model and speaks at advocacy workshops and panels on disability, sexuality and mental health.