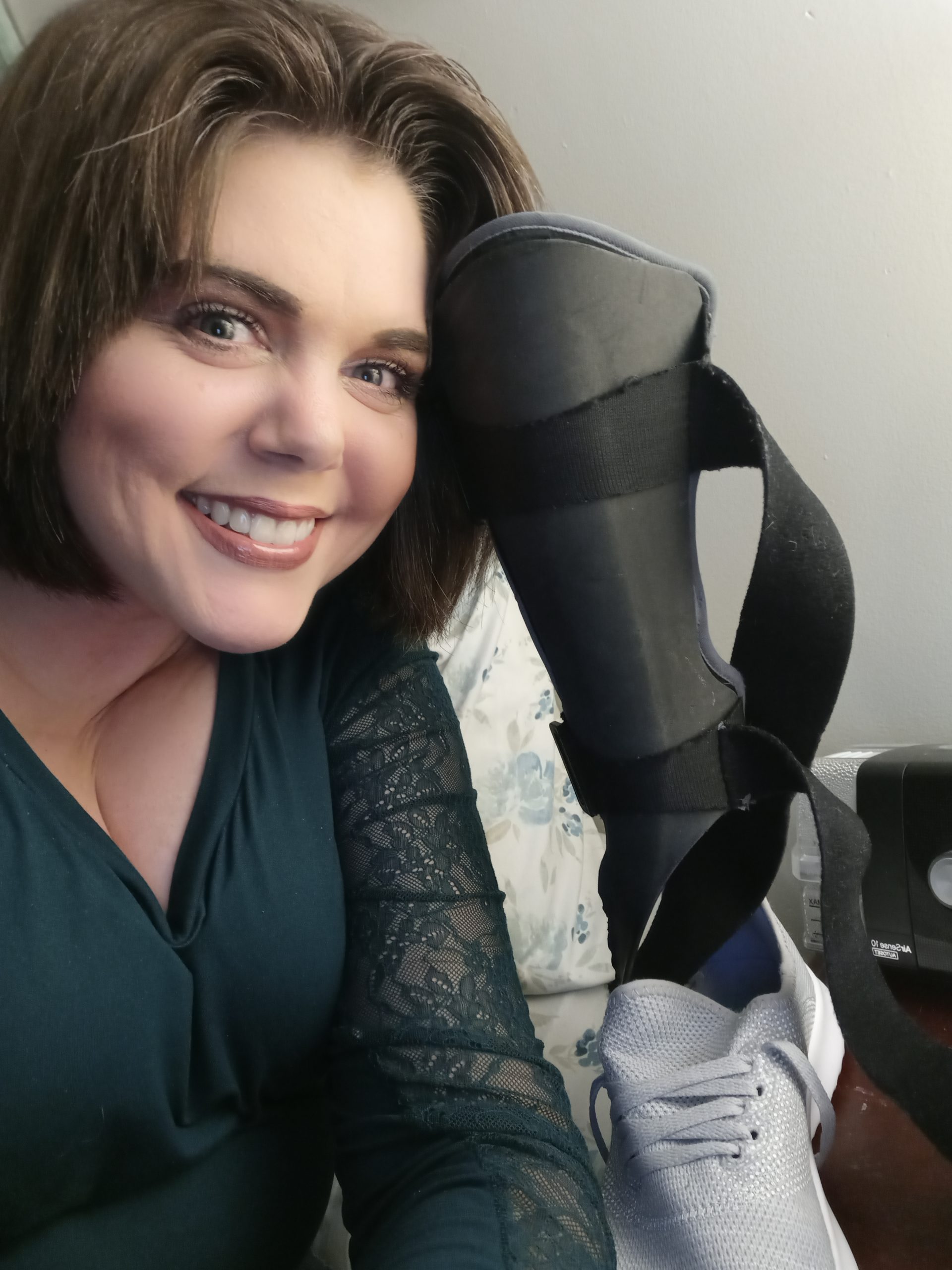 Kari was only 23 years old when she needed a total hip replacement due to childhood arthritis.  During that surgery, a hematoma developed and compressed her sciatic nerve.  This caused severe damage to both the sciatic and peroneal nerves.  After her surgery, she felt pain, not in her hip but in her foot.  It was bent all the way down and she was unable to move it.  As a result of the surgery, she now had foot drop and CRPS (Complex Regional Pain Syndrome) followed 6 months later.

As a young adult, her life had changed and this was a difficult experience for Kari, but it was even more challenging as a single mother.  She was scared about her ability to care for a child and didn’t know how she would continue to keep up.  Her challenges were significant.  Every aspect of her life was impacted, from walking to doing daily household chores, and even taking care of herself.  She has fallen many times over the 18 years that she has had foot drop.  The doctors were also having a hard time getting her pain under control.

She became very depressed.  Her days were spent laying on the couch and crying.  She would leave the couch only to use the bathroom.  But in order to do this, she would have to hold onto the walls to guide her.   Kari didn’t want to live the rest of her life this way.

Before wearing an Allard AFO, she received a different type of AFO in the hospital.  It was so thick that it was difficult to find shoes that worked.  Her CRPS had also gotten so severe that she was unable to wear that brace anymore. She tried a different brace and had a severe fall which ruined both of her knees.  The alternative to having an AFO would mean Kari would have to use a wheelchair.  If she walks without an AFO, she must lift her leg very high and due to the hip replacement, this action makes her leg tired.  If she has a shoe on without an AFO, the shoe weighs down her foot even more. She eventually saw a specialist who recommended a ToeOFF® AFO.

“Allard has changed my life. I can walk again. You know, no one really thinks about what it takes for your body to walk. You just get up and do it and don’t think twice about it. It’s not until that ability of walking has been taken away with foot drop that you realize just how much we take walking for granted. I have to think about every single step I take. With Allard, I am able to do daily things. Take care of my home. Go out. Walk. And the most important one of all: I am able to take care of my special needs daughter. I can walk again. My AFO stabilizes my leg and ankle and the brace helps to lift my foot. One thing I also really love about my Allard brace is that the foot plate is very slim, fitting into many different kinds of shoes. This has been an ongoing heartache of mine. At 23, in one split second, I went from having over 20 different pairs of shoes, to only being able to wear athletic shoes. As a woman, that has been difficult. You feel like less of a woman. I have been laughed at, talked about, even bullied by people when I would wear a nice Sunday dress with athletic shoes. Now, I have not only athletic shoes, but sandals and dress shoes and boots, thanks to the design of the Allard to be slim and fit into many different kinds of shoes.” 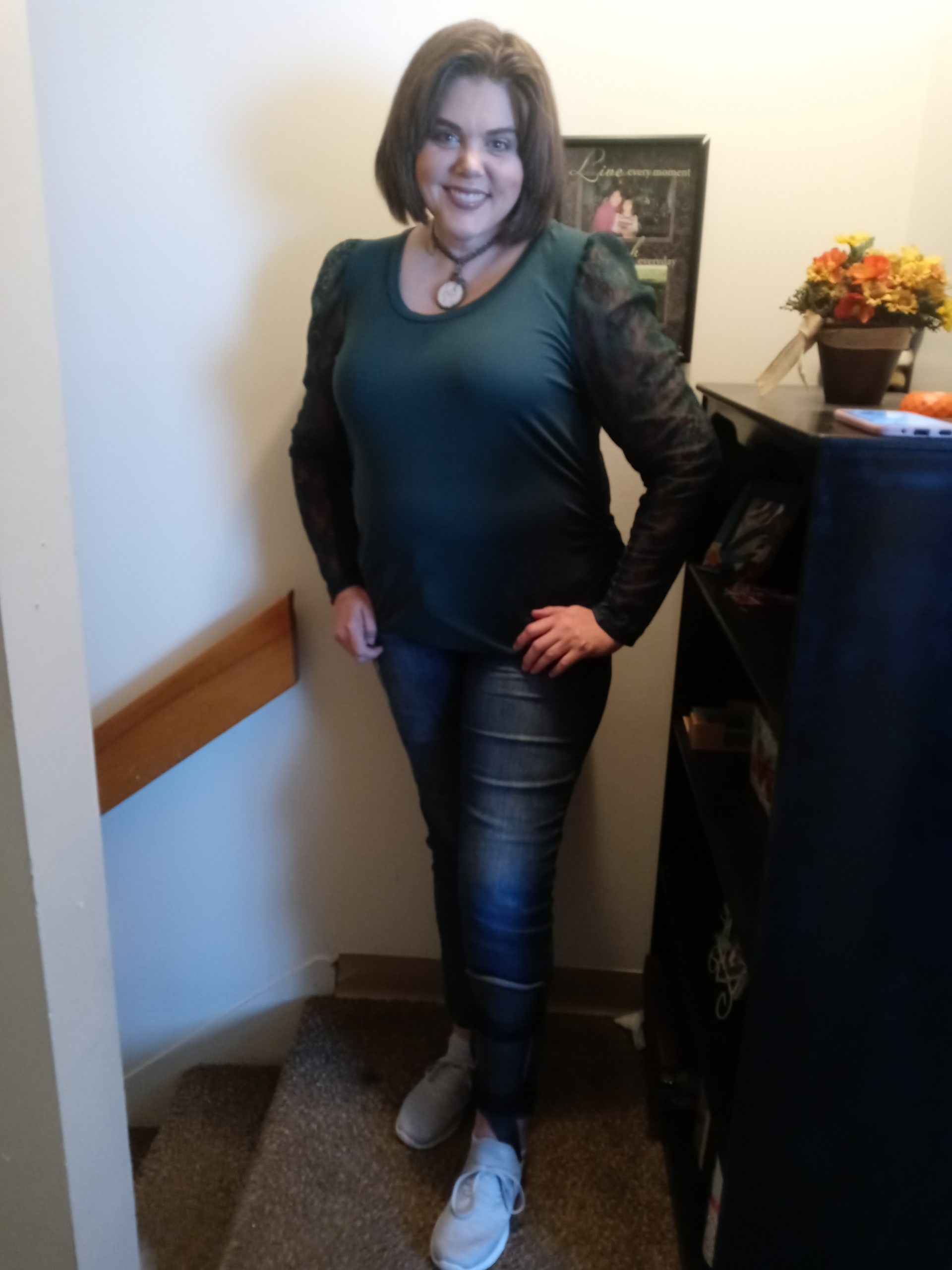 “I love sharing my story to give others hope. To let them know they are not alone. The Allard ToeOFF® has allowed me to live again. It can for you too!” -Kari Yancey 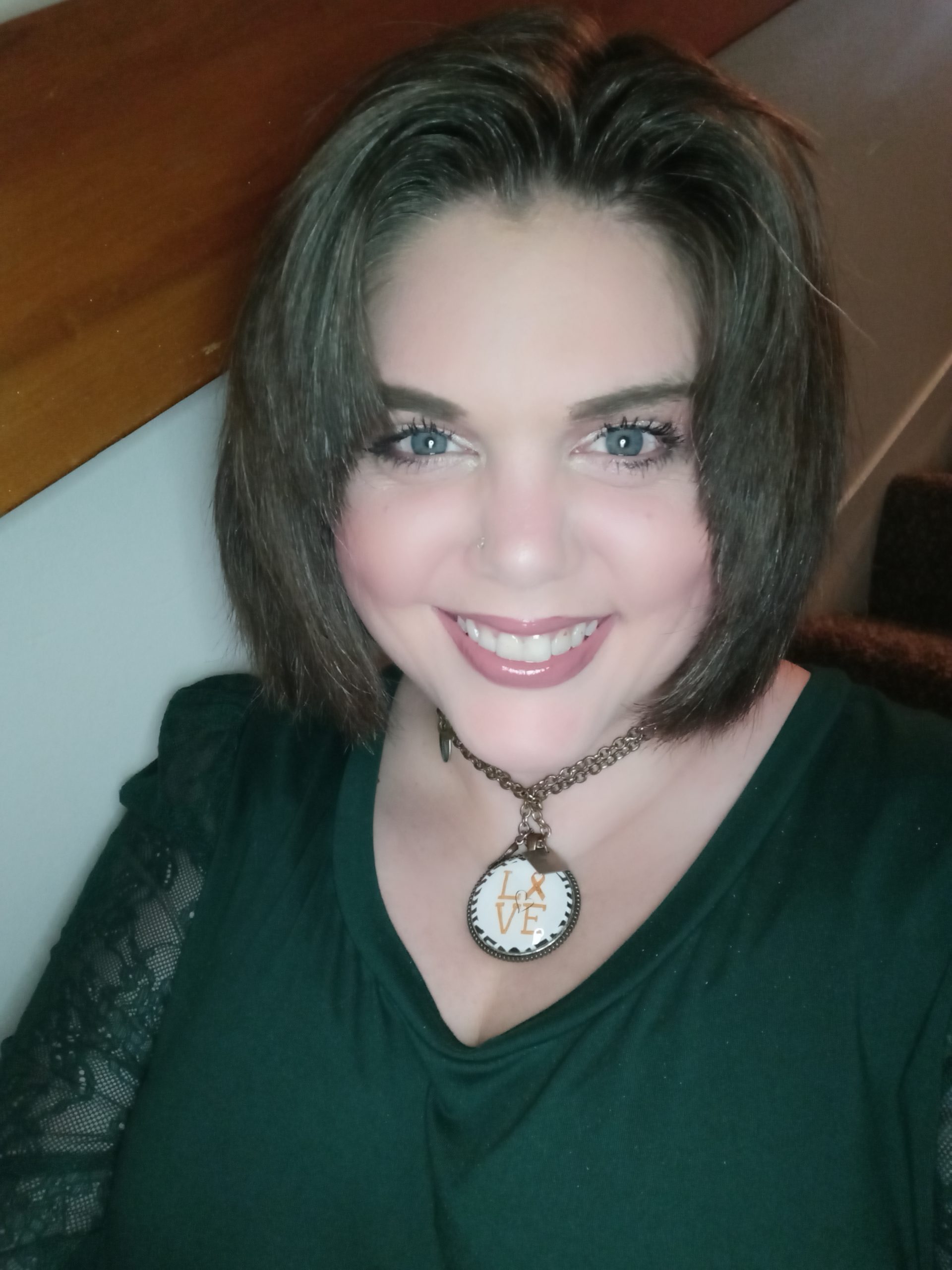