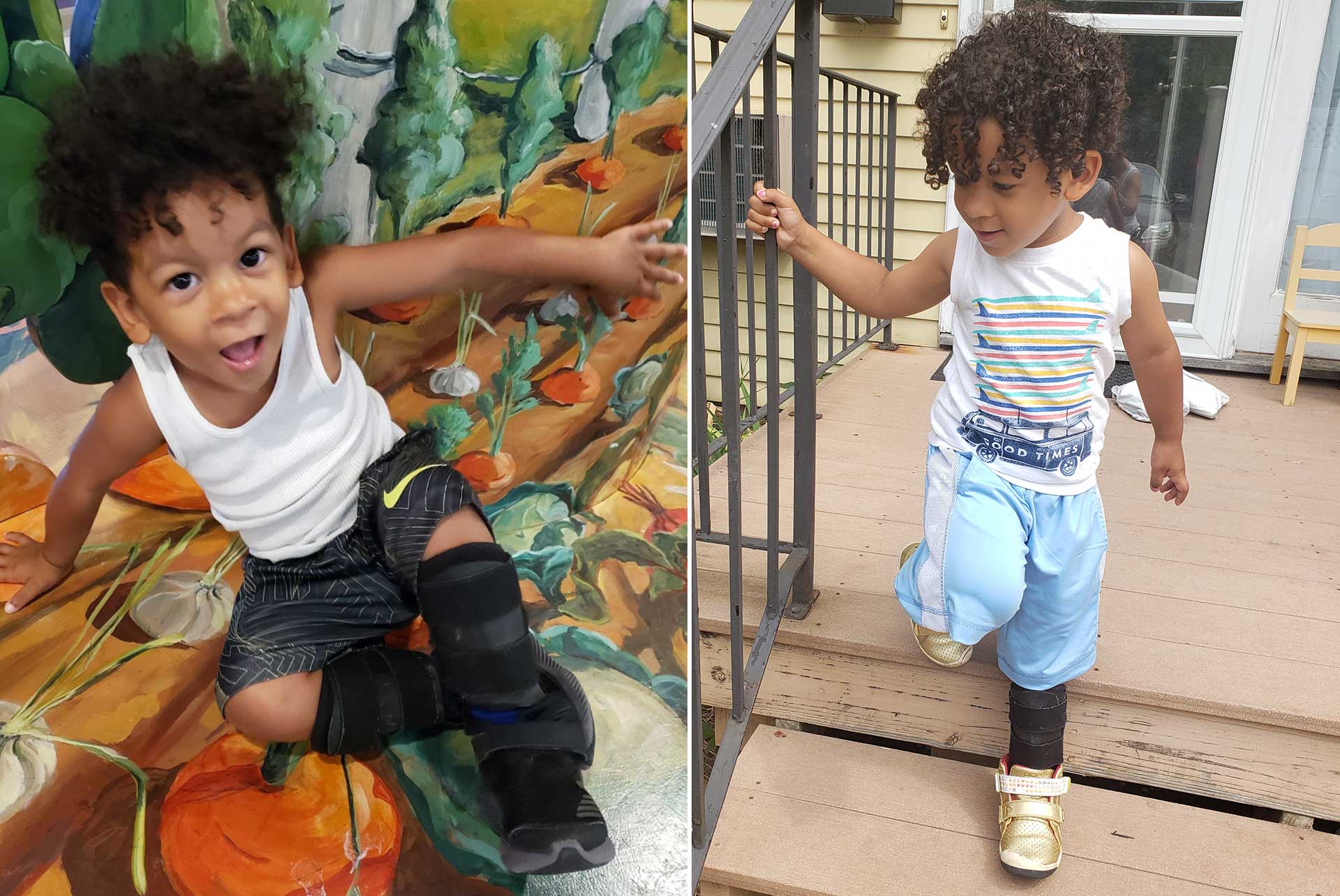 Silas was born with a rare chromosome deletion.  It is so rare that it doesn’t have a name, it is called 2p 12-11.3 deletion syndrome and there is a gene in this deletion that causes spastic paraplegia.

He walked late and is still learning to talk.  Due to his father being deaf, his family communicates using American Sign Language.  This has been helpful for Silas to communicate.  He also has foot drop, weak muscles, and gets exhausted easily.  He has a feeding tube which helps get him the nutrition he needs to fuel his muscles.  He is happy but gets frustrated to when he can’t keep up with his siblings. 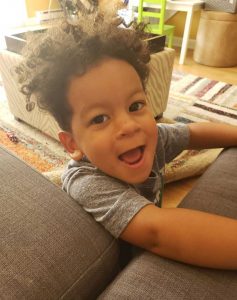 Before getting KiddieGAIT AFO’s, Silas fell often.  He would stub his toes or drag his toes which caused him to trip.  Some days it seemed like he was struggling to pick up his legs and take a step.  He would need to be pushed in a stroller when leaving the house or going anywhere because he couldn’t keep up or would fall.

His mother says, “Since getting the KiddieGAIT AFOs Silas is walking, jumping, and can even climb stairs and run! He rarely falls which is such a huge improvement. Because he doesn’t have to work so hard to keep his toes up and move his feet, he does not get so exhausted anymore just from playing for a short time. He is able to be a wild little man for a full day of play and he no longer has so much pain or is too tired to play. The AFOs are so light weight it doesn’t add more weight he has to lift. These AFOs have been such a blessing.”