“My Miracle Boy”: The Story of Tasha & Zak 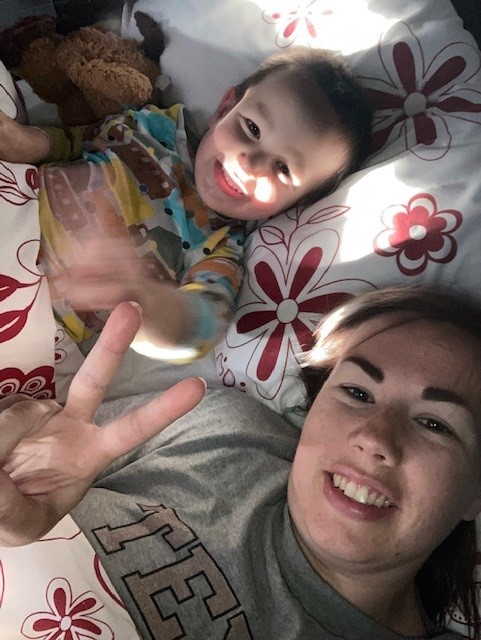 After years of infertility I was elated to finally become pregnant naturally, and I breezed through my pregnancy without a single complication. I utterly glowed and loved every second of carrying Zak, my miracle baby, to term. Unfortunately, labour and delivery are where it all went wrong for Zak. He was born weighing a whopping 9 pounds and 4 ounces and measuring just over 17 inches; he should have been a healthy baby boy. However, he wasn’t breathing upon delivery and suffered several seizures, spending the next 3 days in a coma having hypothermic cooling treatments.  It turns out I had developed an infection during labour which led to sepsis for both me and Zak. it caused him to pass meconium while still inside the uterus, leading to Meconium Aspiration Syndrome (MAS) which means he was without oxygen for 23 minutes – we believed a result of clinical negligence. 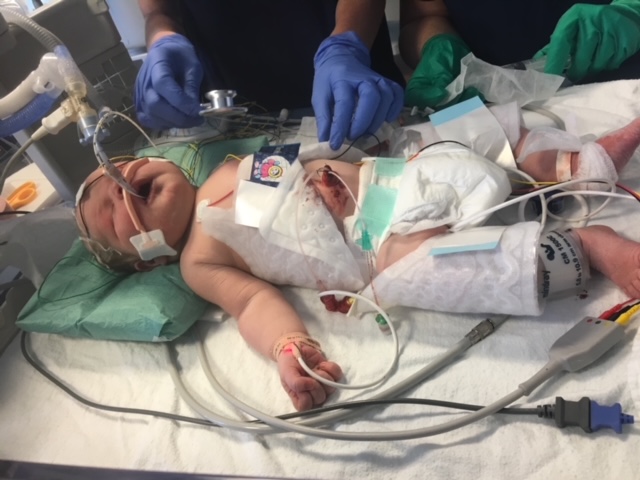 At 10-days-old Zak was diagnosed with cerebral palsy (CP) after undergoing an MRI scan. This really didn’t surprise me knowing how close we came to losing him, I knew we couldn’t walk away unscathed. The brain scan showed damage so severe that doctors didn’t think he would be able to walk or talk, and 2 years later we learned that his CP would affect all four limbs.

Fast-forward nearly 4 years and Zak continues to be my miracle boy. He’s only slightly behind in every developmental milestone and he brings so much joy to everyone. He chooses to overcome his condition every day and tends to do things all-at-once: he learned to crawl and feed himself in the same week! He always has a cheeky smile on his face and never gives up, continuing to exceed all the medical team’s expectations, and he inspires me every day.

With all the progress Zak is making, I want people to know that it hasn’t always been smooth sailing. Raising a disabled child as a single parent isn’t without its challenges. Someone once told me that it’s “double the work but double the reward” – and they were so right! There are days that he cries, and I cry too. There are days where I feel helpless – like I have no clue what to do. There are days where I feel like I can’t possibly do it all by myself, yet there are other days you wouldn’t even know Zak has a disability!  Zak is my daily reminder to never stop fighting. He has taught me more than ever to just take things a day at a time but he makes me so excited about the future. Seeing the world through his eyes reminds me of all the good that’s out there.

One of my main goals had been to get the hospital to admit liability for causing Zak’s cerebral palsy so that we could gain access to better health care for him. Everybody talks about how incredible Zak is, and I don’t deny it (I’m in awe of him!) but imagine how much more he could achieve if we could give him the help and resources he deserves? Well, I’m happy to report that the hospital has recently accepted full liability and we are in final negotiations for the settlement now.

Meanwhile, one of the resources I’ve been able to get for Zak is access to leg braces called ankle-foot-orthoses (AFOs). His CP causes him to walk on his toes without AFOs, only allowing him to walk 10 to 15 steps before falling over. Since getting his new AFOs, called KiddieGAIT®, he now walks much further and more consistently. Even when falls he gets straight back up! Since Zak is very particular about routine I made sure we had lots of conversations about his AFOs before he got fitted; we called them his “magic shoes”.  I’ll never forget the day he got them – he was so excited to show his friends at nursery! On his first day he ran out to his best friend and said, “Look at my magic shoes! I can run now!”

The way Zak faces challenges head-on fills me with such pride and makes me emotional just writing about it. When we first got his magic shoes, we started wearing them just an hour at a time and slowly built up; he now wears them for 12 hours a day and then asks to wear them for longer!  Zak is definitely less wobbly with his KiddieGAITs and he has more confidence to push boundaries. I never thought that he would be able to walk up or down the stairs using just a handrail but he was able to do it last month for the first time. Like most four-year-old boys, Zak is always on the go. He is desperate to learn to jump, and last week at the swimming pool he actually bent his knees for the first time as if he was going to jump into the pool! 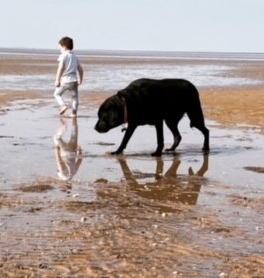 One of the hardest things I’ve found is that, because Zak is my first and only child, I have nothing to compare him to as I do my best to raise him. This has its advantages, but it also means I have no idea of the things he should be achieving or perhaps shouldn’t be doing. Many of the previous doctors and nurses seemed to expect me to know so much more than I did, but perhaps this is true for many parents? That said, I love our current pediatrician; she is the best and just listens to me as “Mum” so I don’t feel so crazy!

One area I’ve really worked hard on with Zak is to communicate well. I always tell him his feelings are justified – if he’s feeling angry, that’s fair – let’s talk about it. If he’s feeling sad, that’s okay too but let’s talk about it. We don’t always give kids enough credit for their understanding and ability to adapt. Being honest with Zak prepares him for the future and allows him time to process.

This has really helped when it came to his pain management. Initially he wouldn’t tell me when he was in pain and would just act out. Now he can clearly communicate with me and say what he is struggling with. I think the biggest hurdle, something I really wanted to break the stereotype on, was asking for help. Although Zak is a miracle and exceeds everybody’s expectations, that doesn’t mean he doesn’t need help. It’s a real balancing act between pushing him beyond his comfort zone and making sure we don’t exhaust him. Zak gets frustrated very easily when he can’t complete a task and this continues to be an area of focus for us and his medical team.

So, I guess my biggest advice to any parent raising a child with disabilities is to be honest with him or her. I always explain to Zak what his appointments are going to involve, what they are doing, what they are looking for, and what the possible options are. As we’re starting to get Zak the help that he needs, he’s likely to face a few procedures,some surgery, and lots more appointments … but ultimately it will set him up for success in the long run. Zak and I do daily affirmations when we talk about all the things that we’re going to achieve that day and we’ve recently added in ‘I AM CAPABLE’. Zak is capable! He may do things his own way – but he can still do them! He may have a disability but he’s not “disabled”; he never lets his differences define him! 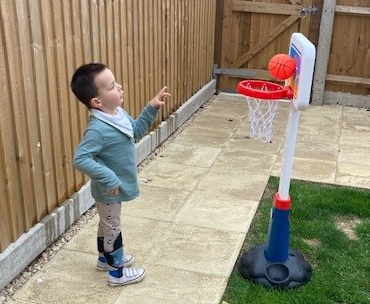 Zak and his mum, Tasha Milican, live in a small town in south-west England with their beloved dog, Bongo. Tasha works full-time as an events manager at a local hotel while Zak goes to nursery school four times a week  – something he absolutely adores. Zak loves to play football and basketball, and he also loves to dance. His favorite color is yellow, his favorite place is the beach and, according to mum, he would spend all day outdoors, whatever the weather. Zak and Mum look forward to more travel and more adventures together – nothing can slow them down!