When I was 15 years old I was diagnosed with a rare and acute brain abnormality known as an Arteriovenous Malformation (AVM). To address this life threatening malformation, I underwent invasive brain surgery at the age of 16.  The surgery was a success in eliminating the AVM; however, as a complication I started experiencing some swelling in my brain several months post op. The swelling led to a rapid loss of function on my entire left side. I immediately underwent daily hours of intensive physical and occupational rehab. 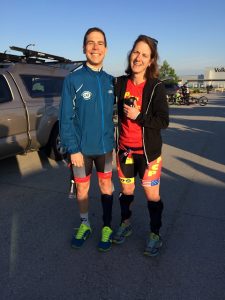 The gains I was making were strong and markedly optimistic for a full recovery. But then in June of 1999 at the age of 17 I suffered a stroke; it was the one in a hundred million odds every surgeon reads you before you enter an operating room. My stroke was a very atypical event, in that it actually was a slow and regressive process. Every day I woke up and couldn’t do something I was able to do the day before – type on a keyboard, tie my shoes, brush my teeth, open a door, and eventually walk without assistance. The surgeons advised that the lethal malformation they eliminated was essentially breaking off from my brain stem and floating through my cerebral cortex. Options for additional surgery were potentially more fatal, so I was forced to wait the event out, and not even the best doctors in the world knew if it would cease or if I would be relegated to a wheelchair for the rest of my life. Gratefully, after about four weeks the episode had finally stopped, leaving me in the full left side neurologically paralyzed state I’m in today.

I’d been an athlete my whole life, playing everything I could find the time for. So when sports were slowly taken away from me, it was a tremendous burden to cope with. For many years I was coasting through life, going through the motions as a kid learning how to survive with a disability. And in that is a monumental point – I was only surviving life, I wasn’t living it.

There are certain junctures in life that shape the individual you become and the path that you journey on. My stroke was obviously the first such moment, altering my future and the challenges I would face for the rest of my life. Other moments point you in a direction to where you belong in this world, and can be an awakening to what is possible. That second such instance was in August of 2011 when I attended a Paratriathlon camp for the Challenged Athletes Foundation and got on a bike for the first time since my stroke at 17 years old. I immediately returned home to teach myself how to ride again.

The adage that says you learn from every fall is a pure understatement when it came to my progression as a cyclist. However, it didn’t take long for me to realize I still had the potential to re-learn every aspect of the sport. In November 2013, just a short two years after pedaling in a parking lot like a five year old child, I fully dedicated my training to the realm of Paracycling; and in less than 10 months I managed to accumulate an abundance of highlights and growth trajectory potential and am on the path to the Paralympic games in Rio de Janeiro in 2016. 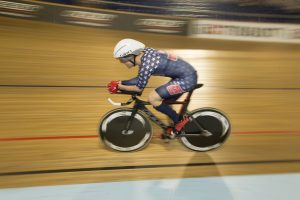 Billy Lister of the USA flashed by on his way to a silver medal in the men’s 3 kilometer pursuit.

Pick up your toes, drop your heel, bend your knee, put one foot in front of the other. The act of walking is one of the most basic functions we as humans perform, and for most it is as innate as taking a breath. For me, I have lived longer without the instinctive, free-from-thought nature of walking than the time I had this elemental ability. My life has become one giant adaptation. My bike is completely modified to my right side, with all the gear shifters (both front and rear derailleur) controlled with my right hand. I also have a brake splitter so whenever I press the right brake it engages both the front and rear brake at the same time.

From a daily perspective, the only adaptive aid I use is the Allard ToeOFF® brace for walking, the rest I just kinda figure out on my own. Ever since I was 17 years old and suffered my traumatic brain Injury, I have been fitted with and used an Allard ToeOFF®. Throughout the years I’d attempted many varieties of walking assistance, but I would continuously revert back to Allard. I was wearing my ToeOFF® when I scored my first soccer goal while in the very midst of dealing with my rare and regressive stroke; and I was wearing it when I crossed the finish line of my first triathlon. I remember my Dad super gluing the original ToeOFF®’s at the base of the strut, as I endlessly tested their limits as I was learning to use the body I’d be destined to live in. Allard and the ToeOFF® has been the one constant in my life, and has brought me from a young boy who’s life got turned inside out to the Cycling Champion I am today.