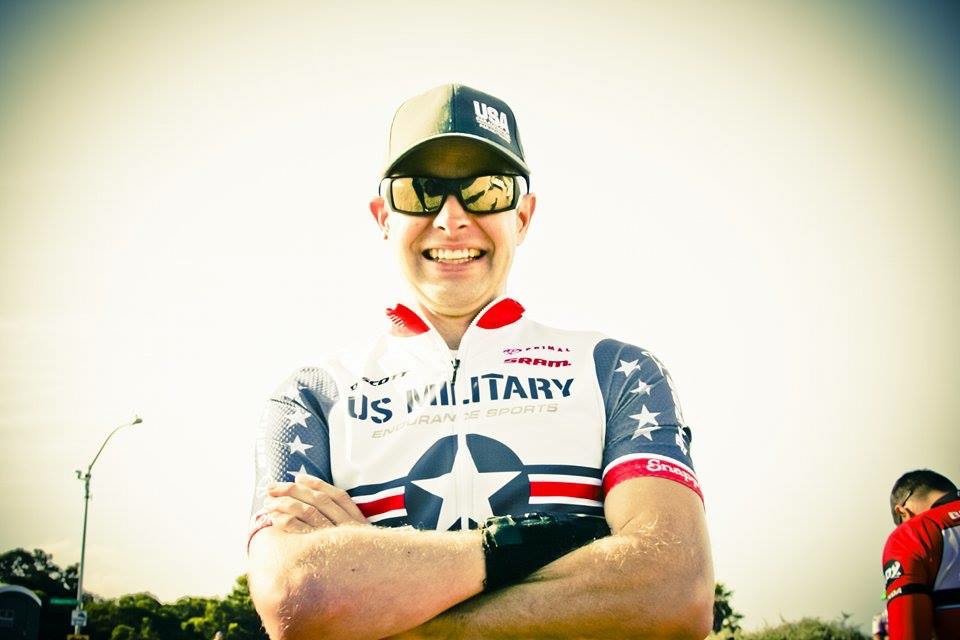 My name is Steven Peace, I’m currently 47 years old and a retired US Navy Lieutenant Commander. I put 16 years in with the Navy. I was healthy and an avid bicyclist, riding 125 miles a week to stay in shape. I had progressed in the ranks rapidly, enlisting in the Nuclear Power Program and serving on USS Buffalo SSN-715 and USS Nevada SSBN 733. I received a Secretary of Defense appointment to the United States Naval Academy (USNA) and graduated with a Bachelor of Science degree in Naval Architecture.  I also attended Naval Post Graduate School, graduating with a Master’s Degree in Systems Engineering.  I served as an officer (highest rank of Lieutenant Commander) on USS Mobile Bay CG-53, USS Cowpens CG-63, USS Kittyhawk CV-63, Destroyer Squadron 15, USS Preble DDG-88.   I also had the distinction to accept an Appointment to the Strategic Studies Groups in Newport, Rhode Island; only 12 Naval personnel per year earn this spot! My goals were set, the Navy was my home. 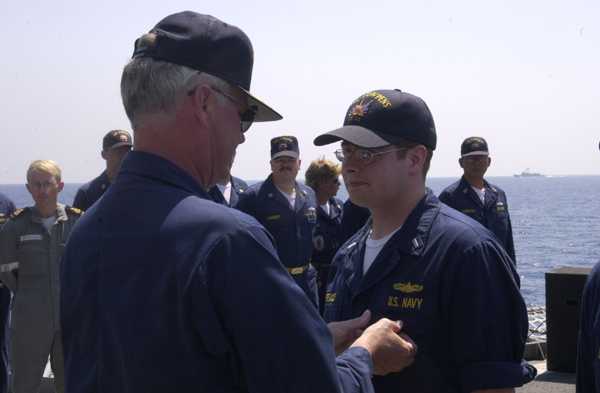 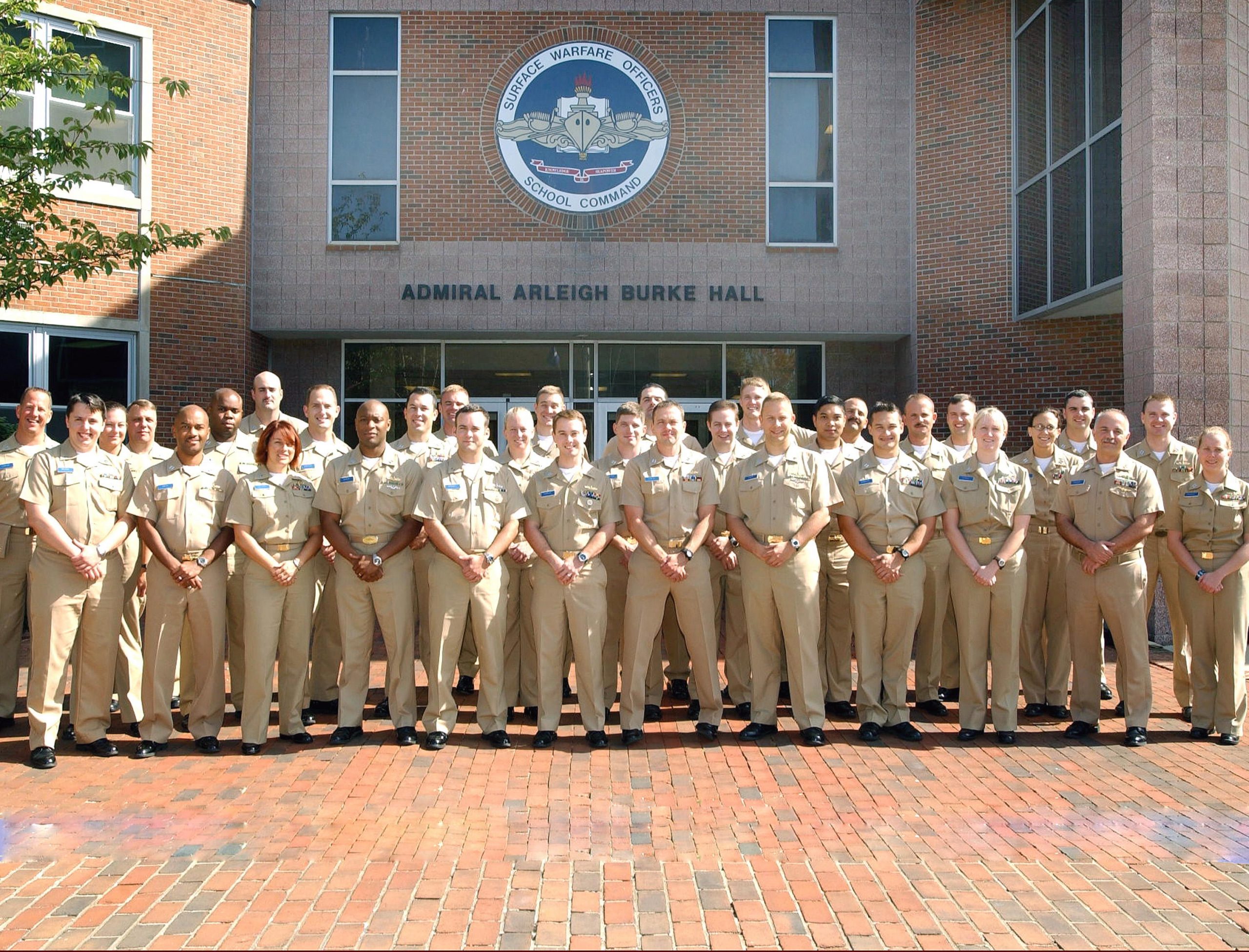 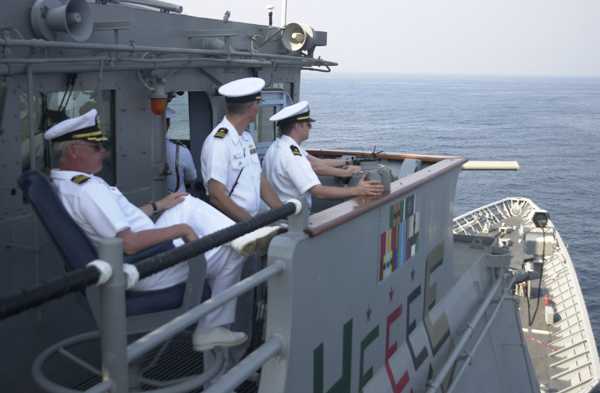 Photo exercise in the Sea of Japan aboard the USS COWPENS

However, on October 16, 2006, one month before my fourth deployment to Iraq/Afghanistan, a massive stroke hit my brain.  Because I lived alone, it took 14 hours to find me after having the stroke. My shipmate noticed that I had not reported for duty, so he drove to my apartment and saw that my truck was there. Fortunately, he called the fire department to break down the door; that’s when I was finally able to get medical attention. At the time, the doctors didn’t give me much chance of surviving, much less talking or walking.

With a lot of physical therapy and hard work, I was finally able to walk again after 6 months. It took an additional 6 months’ time and hours of speech therapy before I was talking again. The stroke left me paralyzed on my right side and with moderate aphasia (loss of the ability to understand and/or express speech).  Of all the things I was forced to give up, it was the job I loved that I missed the most—my career in the U.S. Navy. 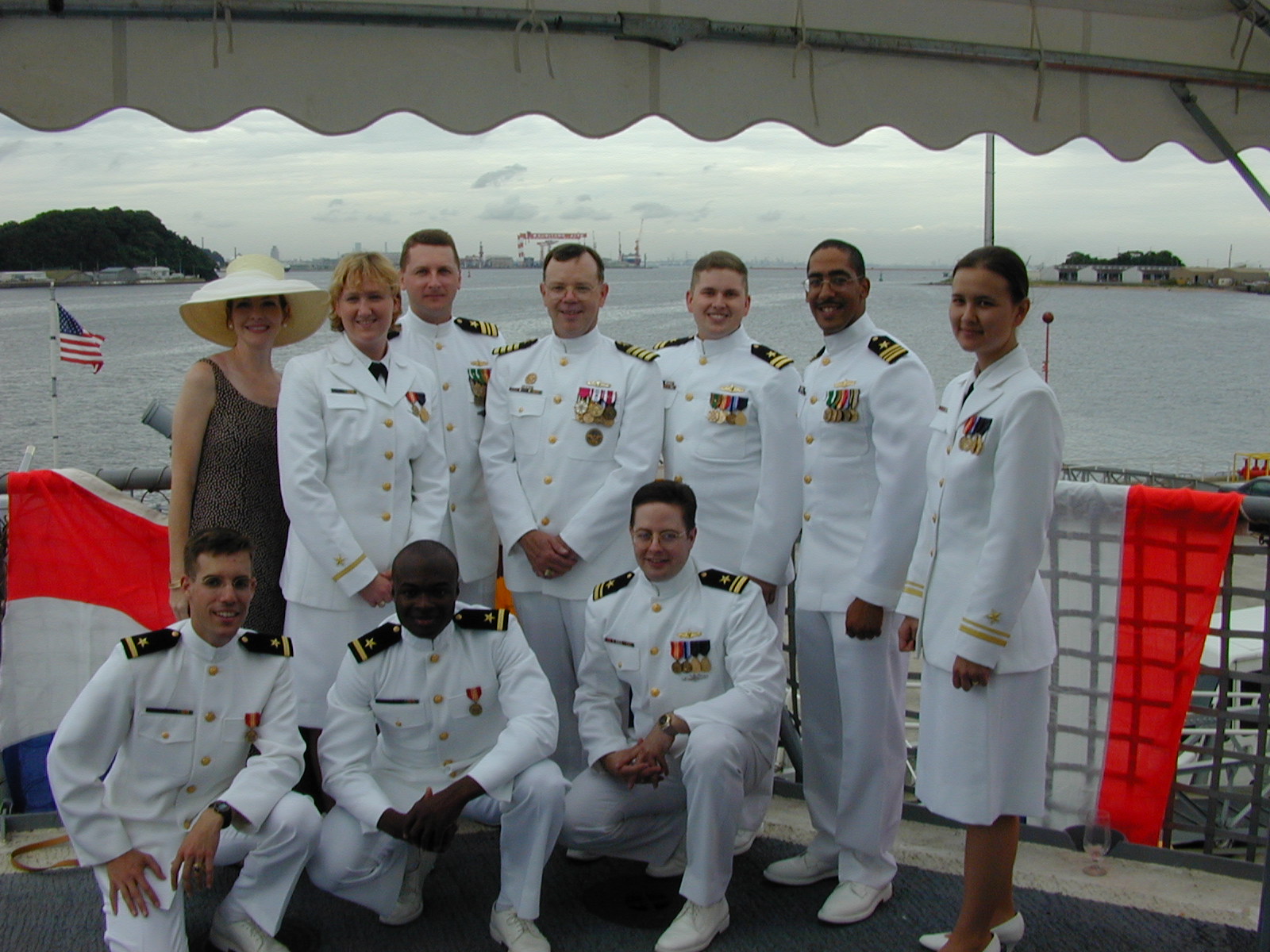 As much as I wanted to stay—and believe me, I tried—I knew that was going to change after the stroke.  One thing is certain, I received the best possible hospital and rehabilitation, both military and commercial, and for that I am extremely grateful.

Six months after getting out of the hospital I got my first recumbent bike, a Catrike Trail, to improve my overall fitness. A year later, I upgraded to a Catrike 700 and began riding with the Military Paralympic Team. After about a year and a half in my recumbent bike – competing in numerous triathlons, marathons, and Soldier Rides – I made the leap to the upright trike.  Now I found myself in the new world of Para-cycling.  I decided it was time to set new goals and start checking things off my bucket list. I won Para-Cycling US Nationals (9 times), medaled in UCI World Cups (30 times), and competed in UCI World Championships (8 times). In the 2012 Paralympic Games London, I placed 5th and 7th.  In the summer of 2018, I participated in the Wounded Warrior Project, Soldier Ride Across America, completing a third of the trek from New York to San Diego. In my “spare time” I also completed my 9th Million Dollar Challenge (MDC) fundraiser for the Challenged Athletes Foundation (CAF) where I rode 640 miles in 7 days, from San Francisco to San Diego. I dabbled in more triathlons, this time riding the upright trike for the cycling leg and either using the recumbent bike or walking for the “running distance”. I also continually worked on improvements to the design of the upright trike. 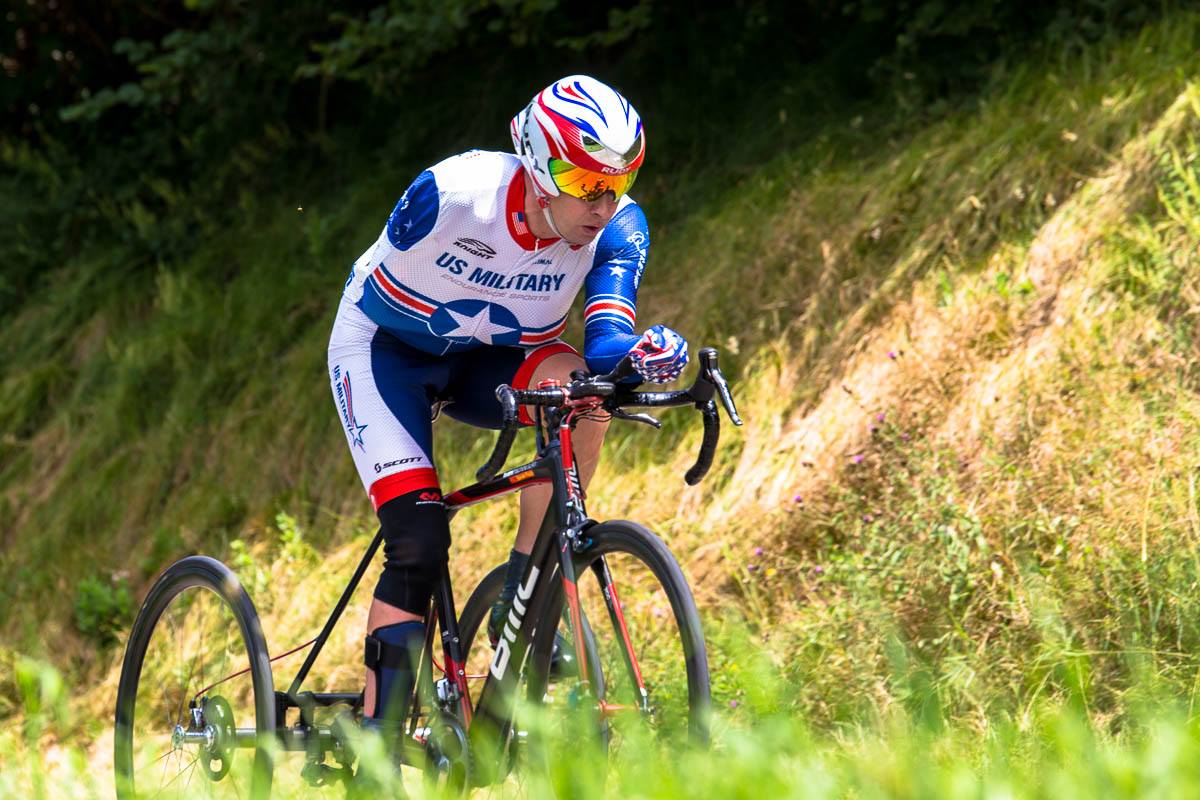 When I started, I was one of only three people to ride the upright trike in the United States.  I was determined to change that, hoping to make Para-cycling accessible to more people.  When not racing or riding, I can be found with the grassroots of my coaching business, as a USAC Level 2 Coach, at Peace Cycling Performance (PCP). PCP has taken off to great success. Currently, PCP includes 2 UCI World Champions (Jill Walsh, Ryan Boyle), 7 National Champions (Walsh, Boyle, Mandy Kloepfer, Jay LaPointe, Ryan Sykes, Becky Piper, and myself), and 5 Paralympians (2012 myself; 2016 Walsh and Boyle; and 2021 Walsh, Matt Rodriguez, and Monica Sereda). 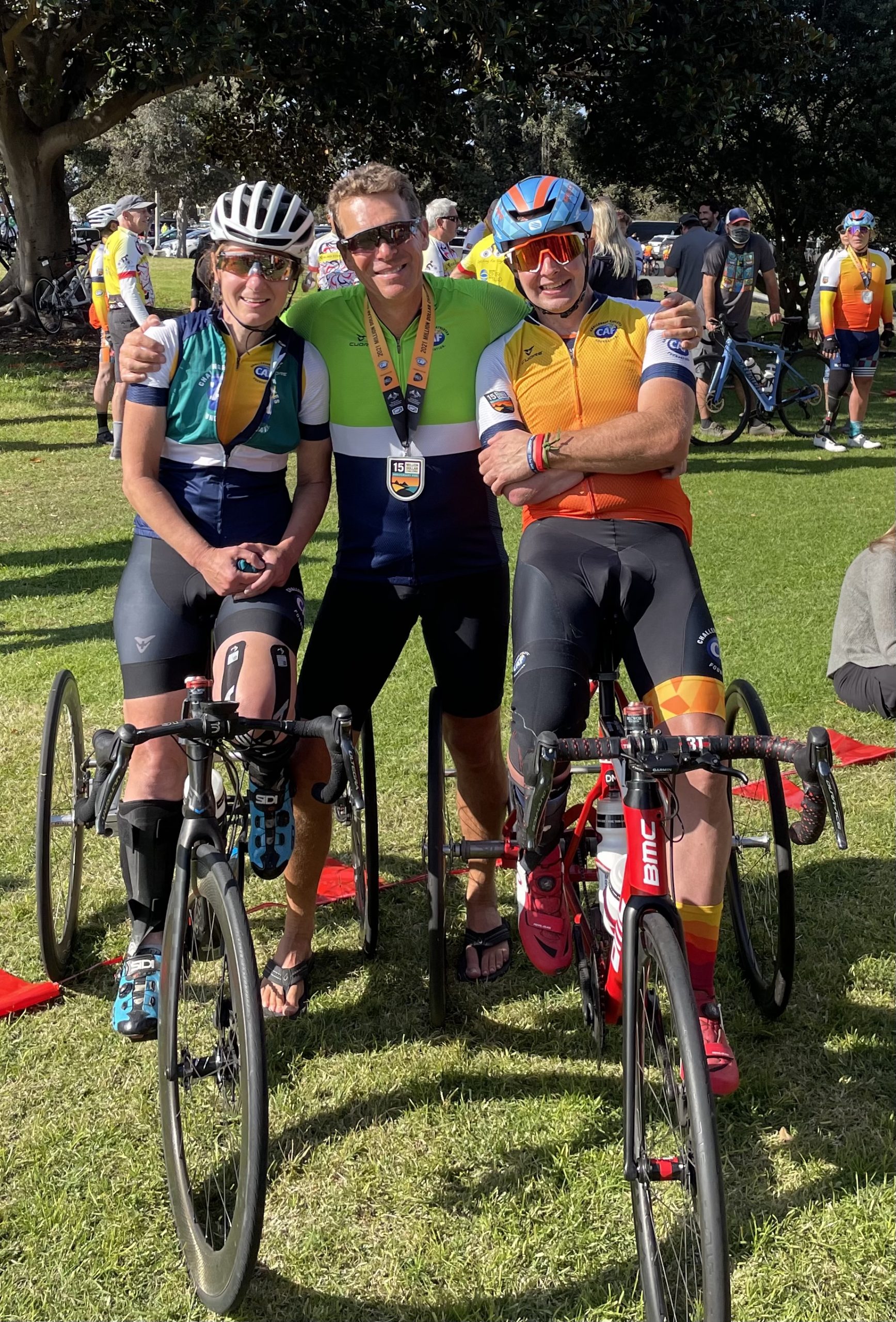 Jill Walsh, Vice Admiral Dixon, and me at the completion on my 9th Million Dollar Challenge 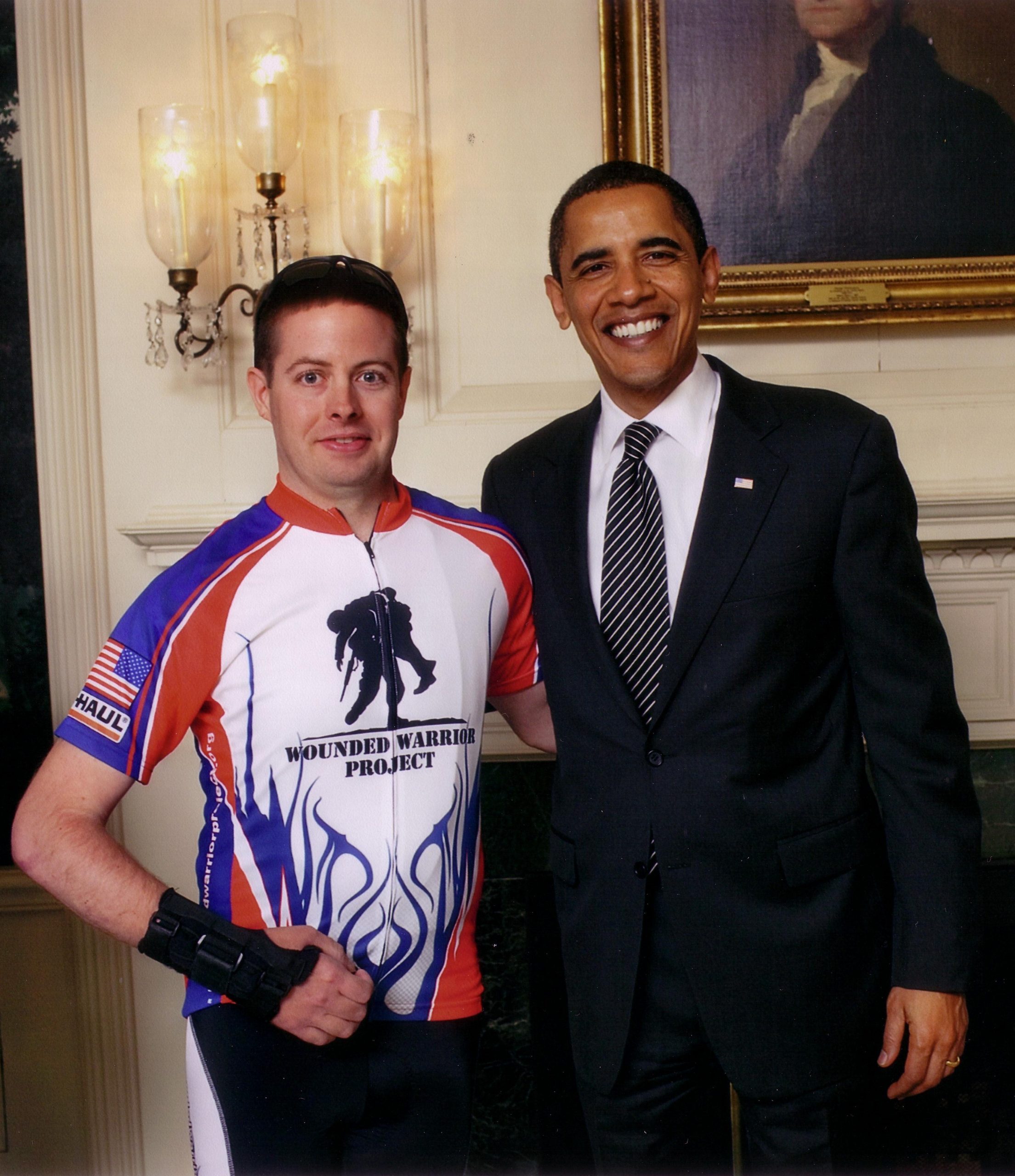 At the White House, with President Obama, during Soldier Ride with Wounded Warriors Project shortly after my stroke 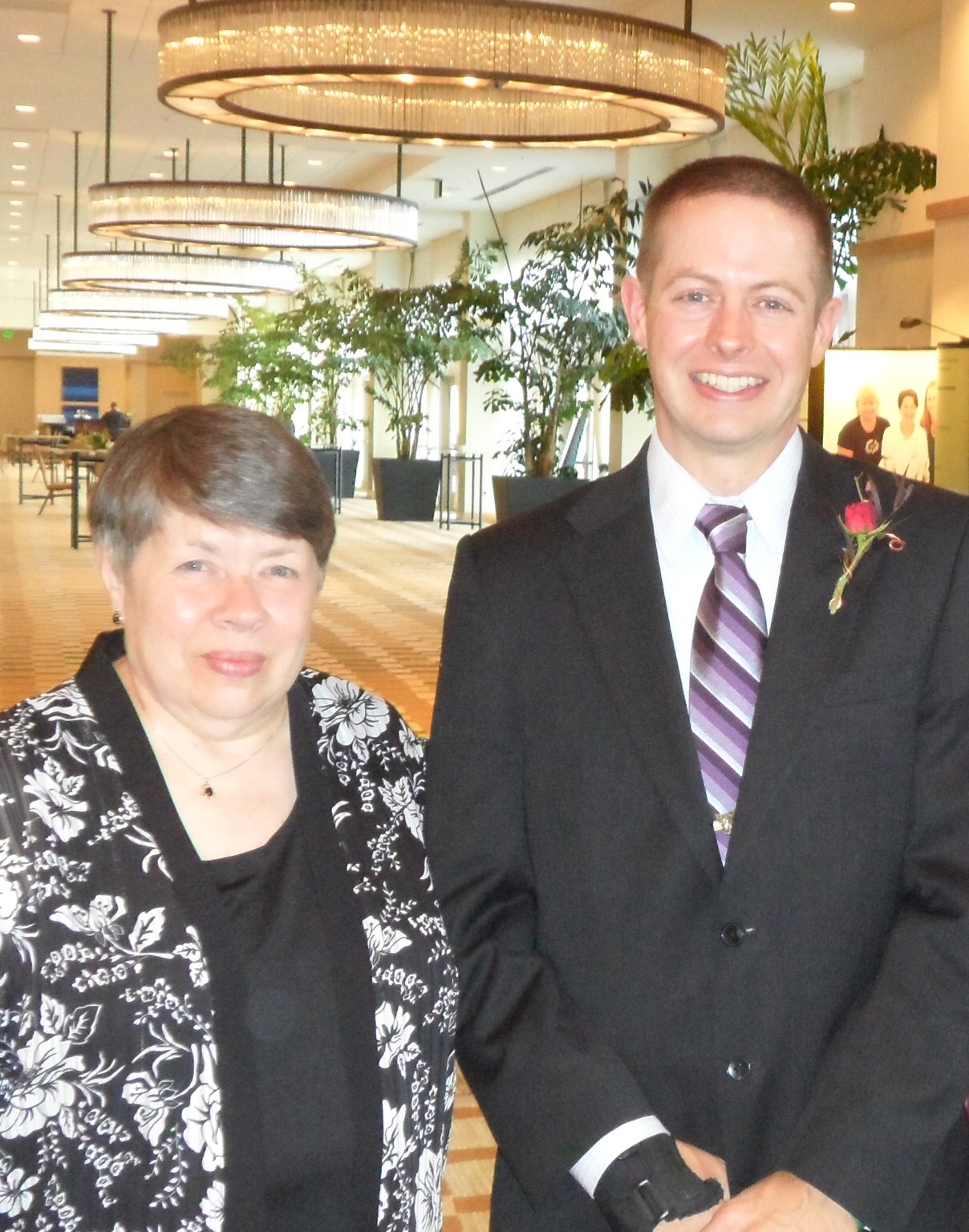 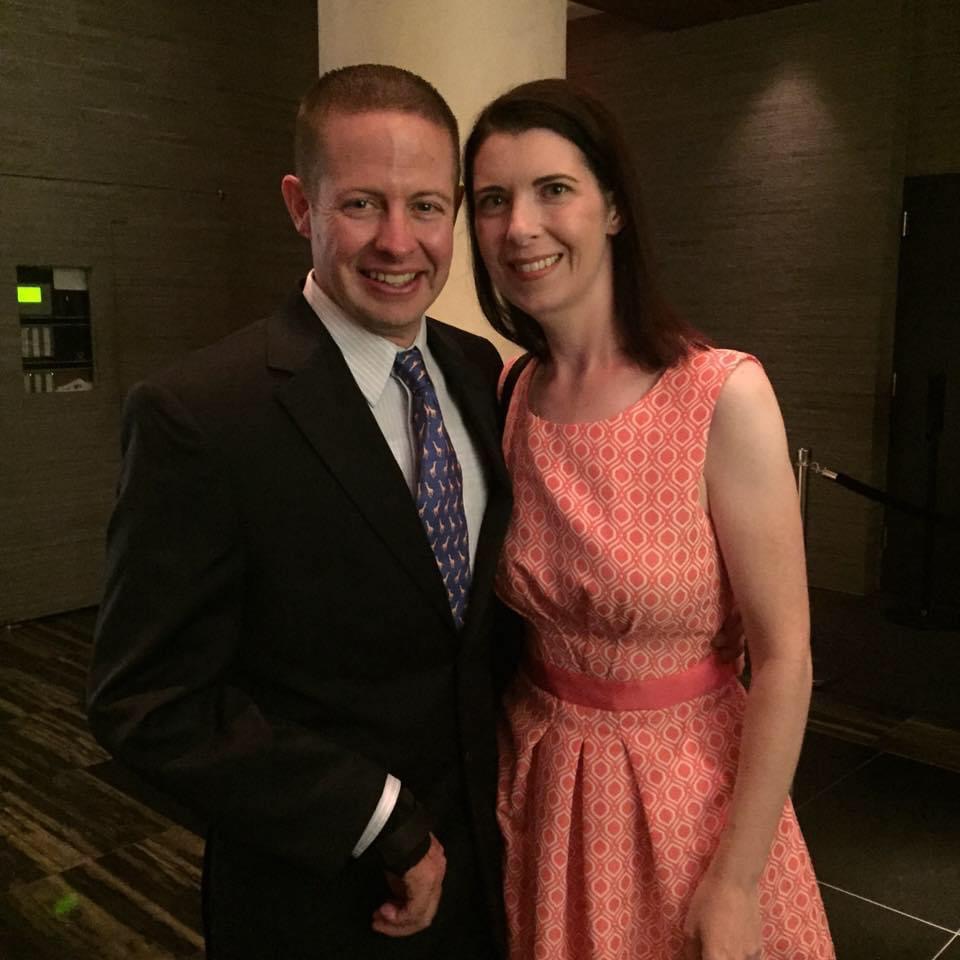 In 2017, fellow TeamUP Co-Captain Jill Walsh presented me with the Order of Ikkos medal.  This award is given by a Paralympic medalist to a coach/mentor to recognize the difference they make in the sport.  This was a once-in-a-lifetime honor that I could not have been happier to receive.

Before, all-throughout, and after my military service, one thing never changed:  my drive to be the best person possible.  My mother, Karen Peace, instilled that in me early on.  When she passed away a few years ago, that drive lived on in me and continues to flourish. The military honed this drive and created in me a controlled yet competitive nature.  These were exactly what was needed during my lengthy rehabilitation and, eventually, my para-cycling and coaching life.

One thing I would like to say to other veterans who are experiencing physical, mental or emotional challenges is this: try, try, and try again.  You may not reach your goals on the first, second…or tenth time.  Keep trying and you will.  Also, make sure you are sharing your story, the good and bad, because not only will that help you, but you will surely help someone else along the way.

Steven Peace lives in San Diego, CA with the love of his live, Sara Peace.