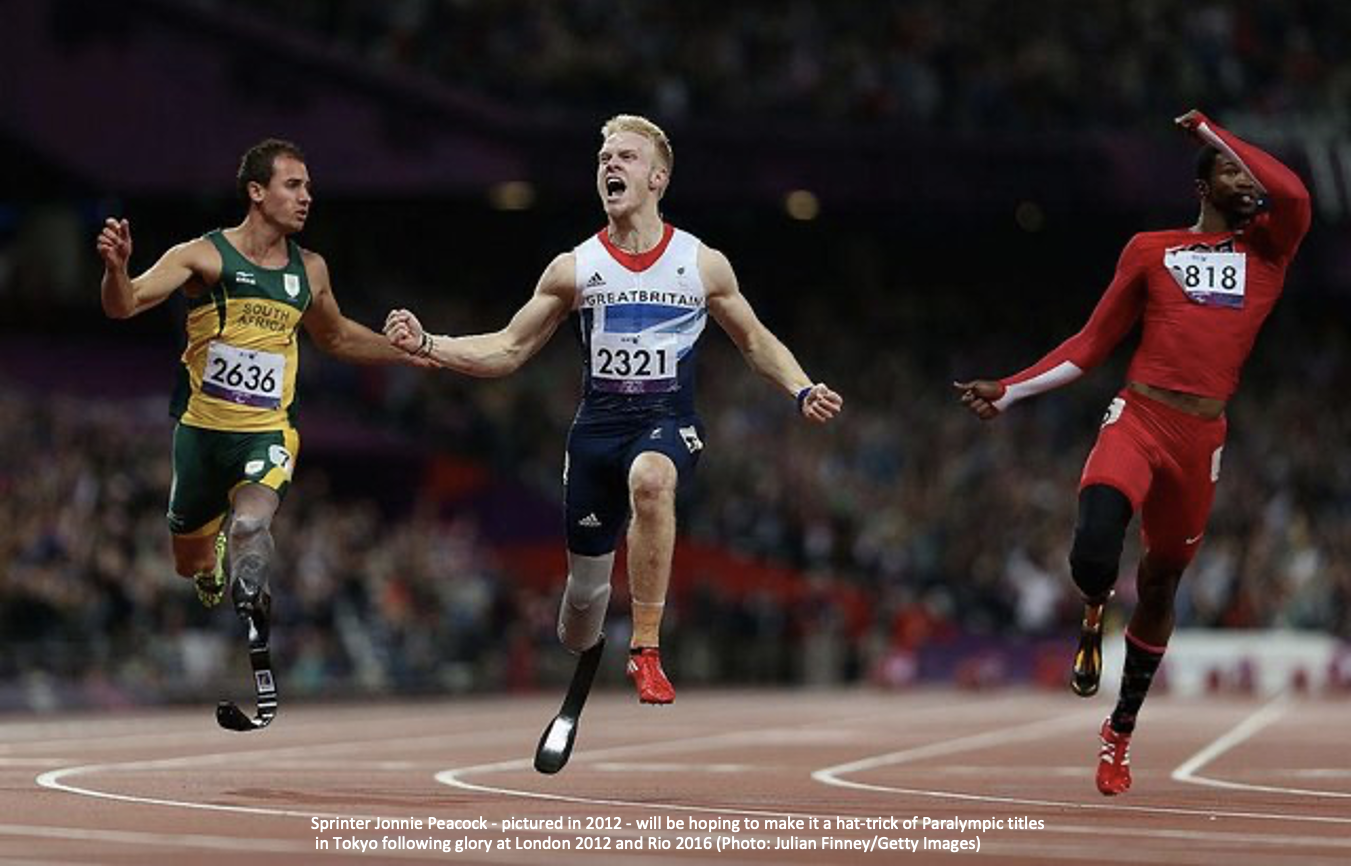 Don’t blink or you’ll miss the action in this truly binge-worthy event! For the first time in history, the Paralympics will get global prime-time coverage with over 1,200 hours of broadcasting – we are so excited to watch these incredible athletes and competitions. In Part 1 of our guide we gave you the background and fundamentals necessary for understanding Paralympic sports, but now we’d like to share some lesser known trivia and fun facts. Before checking out the TV coverage schedules, read below to test your Paralympic knowledge!

‘We believe that every sport and athlete in the Paralympic games is well-deserving of your undivided attention. However, with over 1,200 hours of coverage expected we will offer a few suggestions to help guide your binge-watching—set your DVRs!

TeamUP Co-Captains (Well of course we must begin with Get Back UP Today’s very own ambassadors, Co-Captains Jill Walsh and Jamie Whitmore!):

Jill Walsh competes in Paracycling as a Class T-2 athlete and will be racing in 2 events: Road Time Trial on August 31 between 8AM-5:15PM Tokyo time and the Road Race on September 2nd between 9:30AM-4:45PM Tokyo time. Both events will take place at Fuji International Speedway.

Jamie Whitmore competes in Paracycling as a Class C-3 athlete and will be participating in 4 events: At the Izu Velodrome Jamie will compete in the 3000m Women’s Pursuit on August 25th between 10AM-3:25PM and in the Time Trial on August 27th between 10AM-4:15PM Tokyo time. Jamie will also compete in the Road Time Trial on August 31 between 8AM-5:15PM and the Road Race on September 2nd between 9:30AM-4:45PM Tokyo time at Fuji International Speedway. 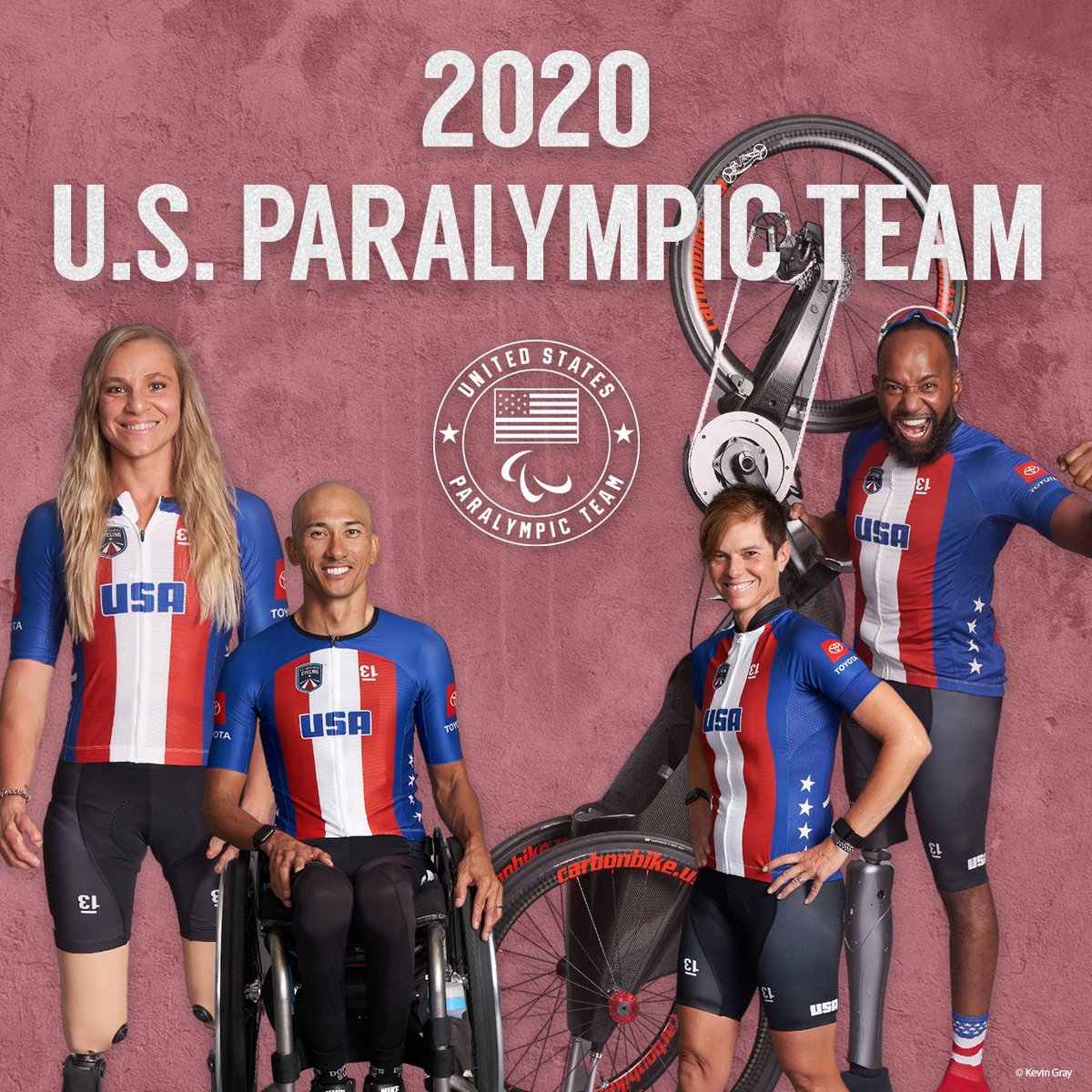 Seely enters Tokyo as the 2016 Rio Paralympic gold medalist in para-triathlon. In 2010, she was diagnosed with Chiari II Malformation, basilar invagination, and Ehlers-Danlos Syndrome, which affects her brain, spine and connective tissues. In 2013 she had her left leg amputated below the knee due to increased spasticity in her foot.

Snyder is a retired US Navy Explosive Ordinance Disposal (EOD) officer who served in both Iraq and Afghanistan. On Sept. 7, 2011, he was blinded after stepping on an improvised explosive device. The bomb did not affect his arms or legs, but his eyes had to be removed and replaced with prosthetics. Exactly one year later, Snyder claimed gold in the men’s S11 400m freestyle at the 2012 Paralympic Games, leaving London with a total of three medals (two gold, one silver). Four years later, Snyder won four Paralympic medals (three gold, one silver) in Rio. The seven-time Paralympic medalist has new goals for the 2020 Tokyo Paralympics though, chasing a medal in paratriathlon after switching to the sport in 2018.

Aoki, one of the world’s premier wheelchair rugby players, is seeking to win the gold medal that eluded his team in 2012 and 2016. Aoki was born with a rare genetic disorder that inhibited feeling in his hands and feet. He grew up playing wheelchair basketball, but in high school he switched to wheelchair rugby after watching the seminal documentary “Murderball,” which captured the bone-rattling intensity of quadriplegic rugby. Three years after making the national team, Aoki led the U.S. to a bronze medal at the 2012 London Paralympics. Two years later, he was named the tournament’s best player at the 2014 World Championships. In 2016, he helped the U.S. to a silver medal at the Rio Paralympics. During his first-ever game, a burly opponent knocked the 5′ 2″, 155-pound Aoki into nearby bleachers, flipping him onto his head. Naturally, Aoki said, “I decided it was the sport for me.”

Paralympic veteran Brown is known as the “fastest blind man in the world.” In 2014, he broke the men’s 100m world record in the T11 classification (for athletes who are completely blind) — a record that he still holds entering the Tokyo Paralympic Games. At the Rio Paralympics, he won gold in the 100m (T11) with his guide Jerome Avery. The duo refers to themselves as “Team BrAvery.” The Missouri native says he was inspired to compete at the Paralympics after winning an essay contest to attend the 2008 Beijing Paralympics.

A four-time Paralympian, Jessica Long has won 23 Paralympic medals, 13 of them gold, making her the second-most decorated U.S. Paralympian of all time. Born in Siberia with fibular hemimelia, which caused her to be born without fibulas, ankles, heels and most bones in her feet, she was given up for adoption by her biological parents and adopted by an American family when she was 13 months old. Five months later, her lower legs were amputated so that she could learn to walk on prosthetic legs. Long says she pretended she was a mermaid while underwater and notes that she was always the first one in and last one out of the pool.

Long made her Paralympic debut at the 2004 Athens Games. At 12 years old, she was the youngest member of the U.S. team. Long is an influential member of the swimming community and has spearheaded the conversation around the issue of Paralympic swimming classification, advocating for a more fair sport that better serves its competitors.

Four years after making her Paralympic debut in London, McKenzie Coan won four medals (three gold, one silver) at the 2016 Rio Paralympic Games. When she was just 19 days old, the Georgia native was diagnosed with a connective tissue disorder called Osteogenesis Imperfecta (brittle bone disease). She has broken nearly 100 bones and as a result has needed numerous surgeries to insert metal rods into her legs. The two-time Paralympian graduated from Loyola University Maryland in 2018 with a degree in Political Science.

After graduating from the University of Colorado in Boulder, Stockwell enlisted in the Army and was deployed to Afghanistan. As a platoon leader, she led convoys and spent a lot of time on the road. She was in Iraq for three weeks when her vehicle hit a roadside bomb, causing her to lose her left leg above the knee. She was medically retired from the Army in April 2005 and is a recipient of a Bronze Star and Purple Heart. When she learned about the Paralympics, Stockwell was immediately compelled by the idea of representing her country again. The Army veteran first competed at the Paralympics in 2008 as a swimmer where she was chosen to be a flag bearer at the closing ceremony. Four years later, at the 2016 Rio Olympic Games, Stockwell made the transition to Paratriathlon and won the bronze medal.

An eight-time Paralympic medalist, Oksana Masters has excelled in both winter and summer sports, winning five medals in PyeongChang and two in Sochi in Nordic skiing, and a bronze medal at the 2012 London Paralympics as a rower. Born in Ukraine with a set of birth defects believed to be caused by the Chernobyl nuclear disaster, Masters bounced between orphanages for seven years until she was adopted by a single mother. The multi-talented Masters made the switch to hand cycling ahead of the 2016 Rio Paralympics, she finished just shy of the podium, placing fourth in the road race and fifth in the time trial. Masters will be looking to reach the cycling podium at the 2020 Tokyo Paralympics.

The three-time Paralympian Serio won gold at the 2016 Rio Paralympic Games as part of the U.S. wheelchair basketball team after winning bronze at the 2012 London Paralympics four years prior. A four-time world medalist and New York native, Serio was diagnosed with a spinal tumor as an infant. He had surgery to remove it, which resulted in him becoming partially paralyzed. He began playing wheelchair basketball at the age of 15 and made his national team debut two years later. Serio was also the recipient of the ESPY Award for “Best Male Athlete with a Disability” in 2017, the first wheelchair basketball player to win this award.

31-year-old Tatyana McFadden is a five-time Paralympian. She has won 17 Paralympic medals, including six at the 2016 Rio Paralympic Games. In 2013, she became the first athlete to complete the “grand slam” of marathons, winning the wheelchair division of the London, Boston, Chicago, and New York Marathons — and she repeated the feat in 2014, 2015, and 2016. McFadden was paralyzed from the waist down at birth due to spina bifida, a birth defect in which the spinal column fails to close. She spent the first six years of her life in a destitute Russian orphanage, which couldn’t provide McFadden with a wheelchair. She taught herself to walk on her hands to keep pace with the other kids. She was adopted by her mom Deborah and moved to the United States. In May 2016, she co-authored a children’s book “Yo Sama! Moments from my Life,” and in 2017 was named to Forbes’ “30 Under 30 – Sports” list alongside Simone Biles and Chloe Kim.

Of these, wheelchair basketball is arguably the most popular and practiced worldwide Paralympic sport while wheelchair rugby (aka Murderball) has been a spectator-favorite with a reputation as a tough sport with non-stop, brute-force action. 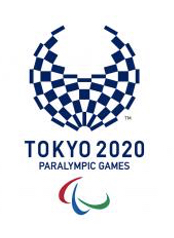 No matter what, or whom, you choose to follow, this year it will be easier than ever to watch coverage of the Paralympics. Check your local TV listings to find the more than 200 hours of live and tape-delayed events, which will be played across various NBC Universal networks, including NBC, NBC Sports Network and the Olympic Channel. If you just can’t get enough, you can find 1,000 additional hours of coverage on NBC Universal’s digital and streaming platforms, including NBCOlympics.com, the NBC Sports app (which you can download to your smartphone or smart TV) and Peacock (which is like NBC’s answer to Hulu or Netflix and is available for $4.99 a month).

Sources for the information in this blog include: TeamUSA.org, NBCOlympics.com, aarp.org, sunrisemedical.com and nestle