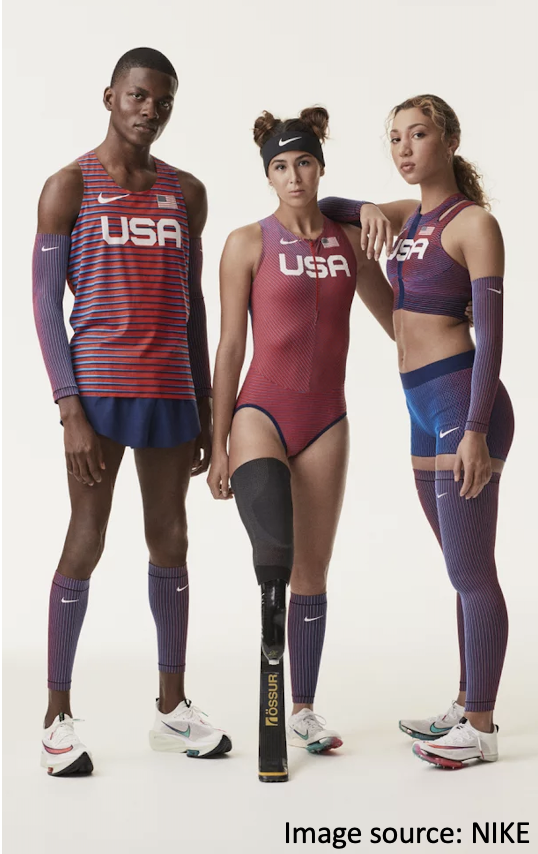 Wow, what an incredible two weeks of Olympic competition we just witnessed. Now get ready to kick it up a notch as the excitement builds for the Paralympics! The official Opening Ceremony begins at 8pm Tokyo time on August 24thwhere we anticipate the start of another spectacular show.  All of us at Get Back UP Today can hardly wait for the thousands of elite athletes to take the world stage, competing in 539 events across 22 sports.

We are especially excited that two of our very own TeamUP Co-Captains, Jill Walsh and Jamie Whitmore, will be returning to the Paralympics after their medal-winning performances at the 2016 Rio Games. To be sure, attaining the status of an Olympian or Paralympian is an extraordinary achievement for any athlete, but to represent your country over multiple Games is a rare feat indeed so we cannot be prouder of these 2 remarkable women!

As we’ve been following and reporting on the Paralympic trials leading up to these Tokyo games, we’ve received many questions—and discovered many misconceptions—about the Paralympics. We decided this was the perfect opportunity to offer “everything you need to know” about the history and behind-the-scenes workings of the Paralympic organization as well as a guide for how to follow this year’s competition. We hope you will find these helpful!

Dispelling Common Myths about the Paralympics

Following the 2016 Rio Paralympics, Team USA addressed the most common misconceptions they faced, sharing “Let us debunk 10 common myths in the United States about the Paralympic Movement, with insight from wheelchair rugby’s Chuck Aoki, cycling’s Jamie Whitmore and alpine skiing’s Danelle Umstead.” See below for what they had to say:

Myth: The Paralympic Games and the Special Olympics are one in the same.

This is arguably the biggest misconception about the Paralympics in the United States, one of the few countries where more people have heard more about the latter than the former. Aoki put the difference best, saying: “The Special Olympics are framed as more of an inclusive event for everyone with cognitive disabilities, as opposed to a highly competitive event for athletes with mostly physical and visual disabilities.”

But while the confusion may be a tough pill to swallow for many Paralympians, they are also courteous enough to not be critical. “You never want to offend someone that’s asking and truly doesn’t know,” Whitmore said. “They’re not trying to be disrespectful, so I’m very careful about choosing my words on that question.”

Myth: The Paralympics are the same as the Paraolympics, Para Olympics and Pair Olympics.

There’s only one way to spell Paralympics. The other words do not exist.

Myth: The Paralympics are named after people with paraplegia.

The word “Paralympic” derives from the Greek preposition “para,” which means beside or alongside, as well as the word “Olympic.” Its meaning is that the Paralympic Games are parallel to the Olympic Games and illustrates how the two movements exist side-by-side.

Myth: To be a Paralympian, you must have a visible disability.

A lot of people get confused when they see a Paralympian without a clearly identifiable disability, such as a prosthetic leg or a wheelchair. Whitmore, for example, has both her legs, but she has a paralysis of one leg and walks with a limp. This leads many people to assume she just has a temporary injury. Umstead, meanwhile, skis with a guide, but in everyday life it’s not readily apparent she’s visually impaired. “People are always asking me, ‘Wait, you’re blind?’ I don’t get it. What does blind look like? What should I be doing, wearing sunglasses?”

Myth: All of the classifications are confusing, and it’s too complicated to understand what’s going on in Paralympic sport.

Paralympic athletes are placed in categories for competition based on the severity of their impairment — a process similar to grouping athletes by age, gender or weight. The purpose of classification is to minimize the impact of impairment on sport performance, and thus classification is specific to each individual sport and discipline.

“It just comes down to education,” Whitmore said of understanding the classification system. “Anyone who can be educated on why somebody is disabled can learn it.”

Myth: You don’t have to be an elite athlete to be a Paralympian.

As previously mentioned, the Paralympic Games parallel the Olympic Games, with athletes having to qualify and always prove themselves as the best of the best. Thus, by no means is every person with a disability who plays a sport a Paralympian.

“That’s kind of absurd, quite frankly,” Aoki said. “It’s a little bit of an insult to us.”

Aoki is justified in saying that, as Paralympians, from the most severely to the least severely impaired, train every day, just as hard as Olympians. And you certainly don’t go around calling every able-bodied person who plays a sport an Olympian, do you?

Myth: The goal of every Paralympian is to inspire the world.

This is potentially the most controversial myth within the Paralympic Movement. A lot of Paralympians are bothered by the word “inspiring,” while others love to adhere to it.

Aoki put everything into perspective nicely:

Myth: A Paralympian and Olympian are the same thing.

While Paralympians and Olympians are all elite athletes who train at the same level and compete in the same sports in the same venues, there is a slight difference in that Paralympians have a disability and Olympians do not. The Paralympic Games are also overseen by the International Paralympic Committee (IPC), a governing body separate from the International Olympic Committee (IOC), although the two have a longstanding partnership.

Aoki said he embraces that slight difference, as that’s what makes Paralympians so unique. He pushes back when someone accidentally refers to him as an Olympian in order to promote the Paralympic values and brand instead. Without athletes like Aoki, the Paralympic Movement wouldn’t grow as rapidly as it has been.

Myth: Every Paralympian is a military veteran.

Whitmore said people often assume that because she’s a Paralympian, she’s also a military veteran. But that’s not the case. While a sizeable number of U.S. Paralympians have military ties, the majority of Paralympic athletes were either born with their disability or came into it later in their life because of an accident or development.

Myth: If you don’t know how to refer to an athlete with a disability, you should just not talk about them at all.

No Paralympian has the same exact disability or degree of disability. Many Paralympians of both backgrounds, though, prefer to have someone ask questions rather than stay silent or make assumptions. Their disability is a part of who they are.

Many Paralympians even have a sense of humor about their disability and enjoy lightening up conversations that might otherwise be awkward.

“I like to laugh and I like to make fun of myself, so I think it’s funny when people don’t know to say something properly,” Umstead said. “I make it easy for them by cracking a joke and making them comfortable. I think we should all talk to each other whether we’re disabled or not. Don’t be scared to talk to each other and ask questions. How else would we know or learn?”

Stuart Lieberman covered Paralympic sports for three years at the International Paralympic Committee, including at the London 2012 and Sochi 2014 Games. He is a freelance contributor to TeamUSA.org on behalf of Red Line Editorial, Inc. 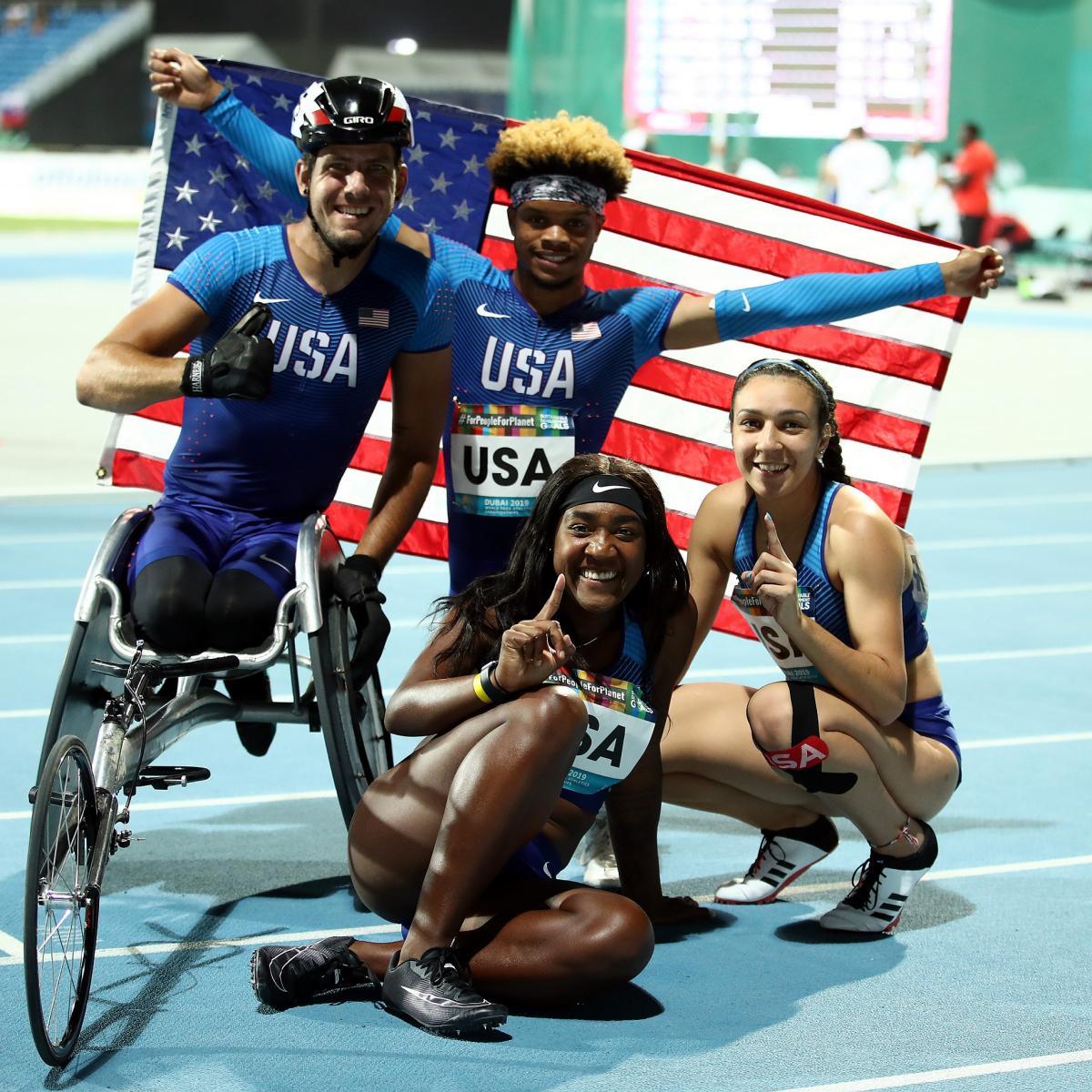 So there you have it, everything you need to know about the Paralympic Games! Next up is Part 2 of our guide, Fun Facts, Fan Favorites and How to Follow the Tokyo 2020 Paralympics so please stay tuned!

Sources for the information in this blog include: TeamUSA.org, Olympics.com, aarp.org, nestle-cereals.com and Paralympic.org.