When TeamUP co-captain Becky Piper suffered the home invasion attack that would forever change her life, her husband, Sam, knew his life would never be the same either. The aftermath of the attack, which lead to Becky’s development of several debilitating conditions such as Hemiparesis, Ataxia, Hypertonia and Foot Drop, became a proving ground for the strength of their relationship. As part of National Caregiver’s Month, we spoke to Sam to learn more about how he experienced the event, and how he supported his wife through such a dark, trying time.

Can you tell us about your experience the night of Becky’s attack?

I came home from duty in the early morning hours after the attack. Our roommates had come home before I did, and I remember hearing them yelling out Becky’s name, not sure of what was going on. At first, I thought they were playing some sort of game, but when I saw Becky lying on our living room floor, motionless, I knew it wasn’t a joke.

Becky was semi-conscious, moving around a bit, but she wasn’t responding to her own name. It was impossible to tell what kind of shape she was in, or what kind of trauma she had sustained. I remember waiting by her side for the ambulance, and my fingers accidentally grazing her hair and her recoiling from me…I was confused, scared and shaken.

Once we had survived the worst of the visit to the Emergency Room trauma center, the doctors kept her in an induced coma. They had tried to bring her out a few times, but her confusion was so great that she ended up trying to pull out her breathing tubes, so they had to keep her sedated. I didn’t sleep very much those first few days — but I do remember trying to fall asleep on her arm, so that if she did wake up, I’d be the first to know.

Do you remember the first time Becky came out of her coma for good?

She recognized me immediately, which was a huge comfort and relief. She wasn’t able to talk, though she could understand what we were saying to her. I tried to be a translator for her, which was hard and frustrating at times — for both of us. I wasn’t doing a very good job, but I was trying my best to help her communicate.

But sometime on the second or third day, I kind of hit a wall and just broke down, saying to her, “You know, Becky, I’m sorry but I don’t know what you’re trying to say! I’m trying as hard as I can!” And I’ll never forget her response, clear as a bell: “Well, try harder!” I laughed for the first time in days, and thought to myself, “Yep, that’s my Becky.”​

Becky in physical therapy shortly after the attack that put her in the hospital.

What was it like transitioning into the role of caregiver for you?

Well, I know it was very frustrating for Becky, having to depend on me for almost everything — especially during those first few months. She fought fiercely to get back her independence, insisting on doing any small thing she could on her own. Even if it would take her ten times as long as it normally would.

It was hard for me knowing she didn’t want to be cared for like that. It definitely changed the dynamic of our relationship, but I know we came through it stronger than before. It was a lot of work and required a lot of patience from both of us, but it strengthened our bond in the long run.

What advice do you have for other caregivers?

I think the key is patience, and really listening to what the person is telling you. There are plenty of times when I must frustrate Becky unknowingly, and while it might not make sense to me, it’s my job to listen to her and try to understand where she’s coming from.

I have to realize that a lot of what I might perceive as her being annoyed or angry is often just frustration with her situation. Everyone’s experience will be different, but for me, it was being able to let go in some ways and let Becky find her own path back. It was hard to be hands-off in some situations, but it’s what she wanted, and I listened. 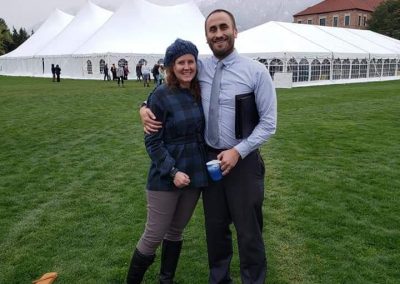 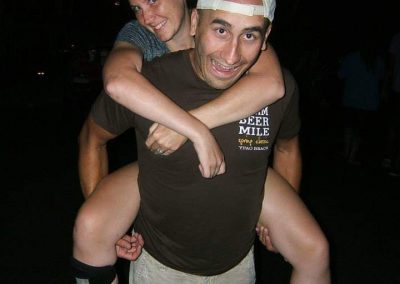 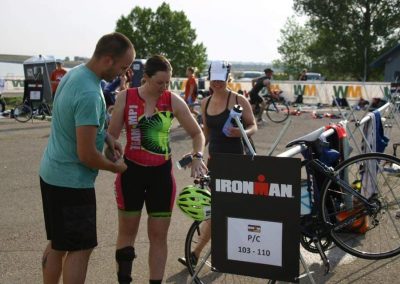